Chandrabhaga Fair is a major fair in Rajasthan held at Jhalrapatan in Jhalawar district of Rajasthan. On the auspicious day of ‘Kartik Purnima’, Chandrabhaga Fair recieves thousands of pilgrims who take a holy dip in the holy Chadrabhaga River. A huge cattle or livestock fair also holds an attraction in the Chandrabhaga fair. This cattle fair witness large number of farm animals such as cows, horses, buffaloes, camels and bullocks. Combination of religion with commerce is unique in the fair. 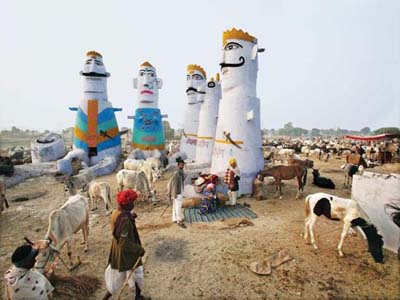