Dualist Inquiry, which is the special project of Sahej Bakshi, a producer, guitarist and cerebral agent now on a launch tour for his album ‘Doppleganger’. On April 13 he will be hitting Jaipur.

Sahej Bakshi graduated from Thornton Music School at USC in Los Angeles, CA and returned to India in 2010. Since then, he has grown to be considered one of the leading producers and live performers of electronic music in India, releasing original music and touring extensively.

Doppleganger is his widely-anticipated, first full-length album and the seasoned performer is dedicatedly promoting it. Opening act will be by Prateek Kuhad Collective. 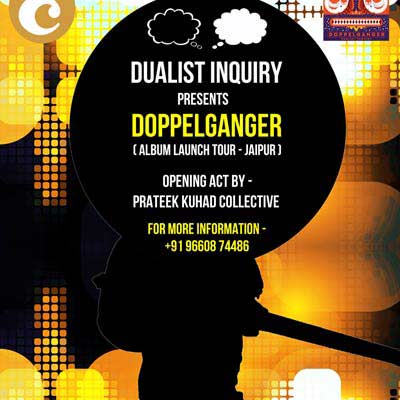