On Human Rights Day, 10th of December, Rajasthan One Billion Rising Campaign will be launch with the purpose to end violence against women from homes, villages, towns, cities, the country and the globe.

Thousands of activists and women’s groups around the world have struggled to put an end to all forms of violence against women and girls. The United Nations has put out shocking figures stating that 1 in 3 women on the planet is beaten or raped during her lifetime. That is more than one billion women living on the planet today.

In Rajasthan , according to the data released by the National Crime Record Bureau states that:

• 1 crime is committed against women every three minutes which would mean about 480 women are violated on a daily basis.

• 1 molestation case every 15 minutes, which means 96 cases per day.

• 1 sexual harassment case every 53 minutes, which means 24 cases per day.

• 1 kidnapping and abduction case every 23 minutes, which means 27 cases per day.

• 17 women are killed on a daily basis because of dowry.

Please join in large numbers by sending the NSS students for the launch of One Billion Rising Campaign on 10th December, 2012. 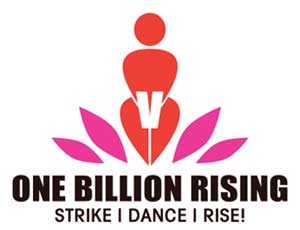