Kajli Teej Festival bings joy and excitement in the city of Bundi Rajasthan. Celebrated on the occasion of union of Lord Shiva and Goddess Parvati, woman’s in colorful traditional dresses takes a spectacularly big procession in the city.

Kajli Teej procession passes through the markets of the Bundi with an idol of Goddess of Parvati (Teej Mata).

Along with Teej festival, a local Fair also being organized in the Kumbha stadium. 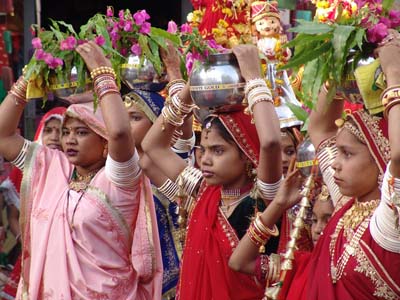