Mansa Mata Mandir is amongst one of the Shakti temples in Rajasthan which is managed by Shri Mata Mansa Devi Shrine Board   . They also organize for various Jagrans and kirtans in the temple. This is also another temple dedicated to Goddess Parvati and this temple attracts hundreds of devotees to the temple. The temple becomes a grand place of worship during the occasion of Navratri twice a year (Chaitra and Ashwin i.e. in April and October respectively) and there is a grand fair organized every year, large jagrans are organized, where thousands of people assemble to pay their homage to the deity. The main temple is associated with Goddess Parvati and contains an idol to the deity.   The main attraction of the temple is the Navratri grand fair which attracts the people from all over the state and makes it a grand festival of Rajasthan. The state is already known for its fairs and festivals and this is one of the most celebrated festivals of Rajasthan

The temple was constructed by Maharaja Mittal God of Hasampur but after some time the idol of Goddess Durga was established in complete marble was done by Seth Ramavatar Muchhal, which was followed by Maharaja of Hasampur.

But later on, the temple was under the management and care of the Rajasthan patronage but it also had a merger with the PEPSU with the princely state of Rajasthan and the temples was started deteriorating because of negligence and ignoring the temple, but later on the Raja of Rajasthan appointed some pujari who were called as ‘Keshavpandits’ of this temple and their duty was to worship the deity of the temple and perform all the necessary religious rituals.

And they were the main people after the merger of princely State into Pepsu but these pujaris became independent and did not care about the care and control of the temple and the management of the temple went worse.

And this temple was not capable to provide the common facilities to the devotees who visited there and the condition of the temple went to downfall.

The Navratra fairs were also not organized well and the temple was not getting more pilgrims during the occasion also but as it came under the management of Shri Mata Mansa Devi Shrine Board (SMMDSB) Rajasthan the temple management has been improved and The board makes arrangements and the provision of the accommodation during the Navratra fairs and the devotees are provided with, blankets, temporary toilets, temporary dispensaries, and other security facilities. 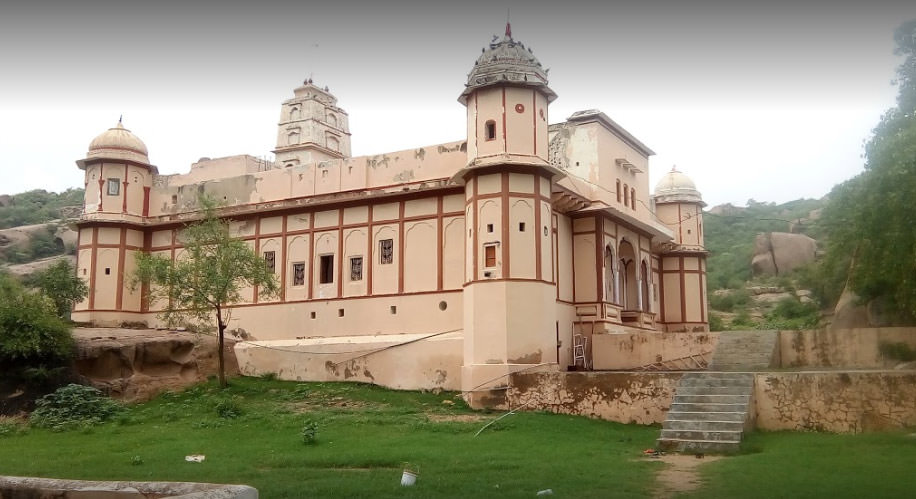