Nagaur Cattle Festival is held every year in the period between January-February in the quaint Rajput town of Nagaur. Nagaur is a small town located between Jodhpur and Bikaner.

Nagaur Festival is one of the most famous attractions of Rajasthan and is visited by thousands of tourists from all over the world.

The Nagaur Festival/Fair is one of major fair, held every year in Rajput town of Nagaur. Nagaur Fair mostly happened in the period between January-February.

Also famously called as Ramdeoji Cattle Fair or Nagaur Cattle Fair, it is essentially a cattle fair and every year close to 75,000 camels, bullocks and horses are traded.

In fact, the sheer volume of trading is astonishing to the first time visitors.

To add spice to the festivities in Nagaur Fair, fun events like tug-of-war, camel and bullock races and cockfights along with enchanting folk music of Jodhpur add a surreal charm to the whole festival.

One of the most amazing features of the Nagaur Fair is the vibrant red-chilly market that is exclusively set up at the festival locations.

By all means, Nagaur’s red-chilly market or “Mirchi Bazaar” as it is popularly referred to in the local manner of speaking is the largest in Asia.

Nagaur is well connected with road and rail to all major cities. The nearest railway stations are Merta(80 km) and the nearest airport is Jodhpur(140 km). 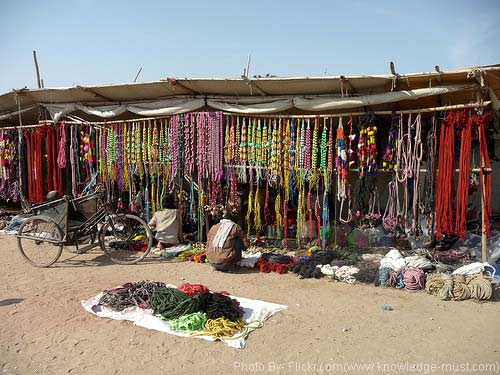