Places to see in Pilani

Pilani located in Jhunjhunu district is a small town famous for its college and education. Thought its not a popular tourist destination but still there is a lot to do and visit in and around the town. You can visit museums and temples in Pilani.

BITS Pilani– Birla Institute of Technology and Science or BITS Pilani, established in 1964, is considered as one of the premier educational institutes of the country. It was founded by the Birlas in accordance with Pandit Jawaharlal Nehru’s vision of nation-building through ” science, technology, and modernization.”

The BITS Pilani campus is a splendid example of the combination of science with traditional heritage, and it has a number of structures celebrating modernity and ethnicity at the same time. It’s a popular place of tourist attraction.

Sharda temple– Sharda temple is one of the popular tourist attractions in Pilani, Rajasthan. The 20th-century temple is dedicated to Goddess Saraswati and was built by the famous industrialist, freedom fighter and philanthropist G.D. Birla.

The temple presents a great example of the combination of science with spirituality. The temple is located in the Vidya Vihar campus of the famous engineering college, BITS, Pilani. It is constructed of beautiful marble, which was specially brought from Makrana, also in Rajasthan, inspired by the Khandariya Mahadeo temple at Khajuraho.

The temple is divided into five sections, Garbha-Griha or the Sanctum Sanctorum, the Pradakshinapatha or the circumambulation path, the Antarala, the Mandapam and the Ardha Mandapa. The exterior of the shrine has figures of philosophers, saints, and scientists, which reflects the cosmopolitan nature of the monument.

Shiv Ganga– Shiv Ganga is situated in the heart of the Vidya Vihar campus, BITS Pilani. The beautiful park is surrounded by a 400 m circular canal with an idol of Shiv situated in the middle.

One of the attractions of Pilani, Shiv Ganga is a quiet place to relax in the lap of Mother Nature. The place is usually visited by students and Pilani residents in the evenings when they want to spend some time admiring the natural beauty of the place. 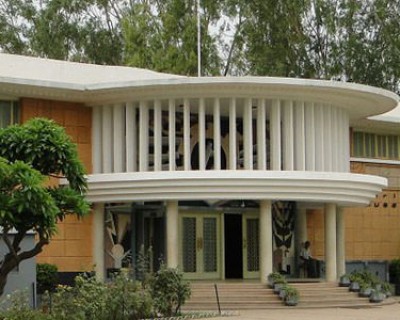 Birla Museum also is a very attractive place for those who are interested in science and technology. The museum exhibits the latest scientific equipment, models of material science and illustrative diagrams, working models of Science... more » 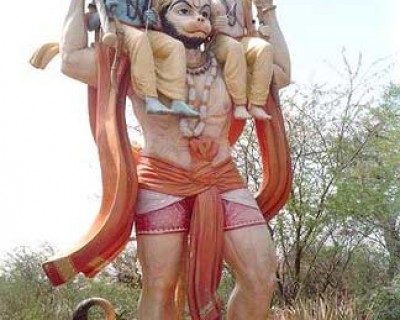 Panchvati is a major tourist place in Pilani. It is built and managed by the Birla Trust in Pilani. According to Ramayana, Panchvati was the place where Ram went to live during his vanwaas or... more »