Loading...
Dadhimati Mata Temple is known as the oldest surviving temples of Northern India. The temple is dedicated to Goddess Parvati and the specialty of this temple is that it is one of the 52 shakti Peethas of Goddess Sati (Parvati). The temple is situated in the Nagaur district of Rajasthan and devotees in huge numbers come to this temple all through the year but in thousands during the occasion of Navaratri. This temple was built in the 4th century and believed to be built during the Gupta age. It is considered the most important and religious temple for Dadhich Brahmins and that is why there are many tales and mythological sagas that are heard about the temple which makes it more interesting and the pandits of the temple also tell the devotees about the significance and the sacredness of the Mother Goddess.

It is said and can be heard from the local people that the temple is dedicated to a form of Goddess Durga who is called by the name of Dadhimati Mata and she killed a demon called Detya Vikatasur.

According to Hindu Mythology Dadhimati Mother is believed to be the sister of Rishi Dadhichi, and she was born on due to the churning of the sky. The temple is a grand example of Mahamaru architecture and the temple is built with white marble.

The temple was built by Raja Bhojdev I during the 836-892 AD, but according to the local people and ancient beliefs it is said that this huge temple came out from the earth itself, and the idol of the Mother Goddess also came into existence with high sound which was scary and scared the local people and animals.

And the idol is not just a complete stricture but only the forehead of the Mother Goddess and believed to be revealed on the date of Magh Shukla Saptami. 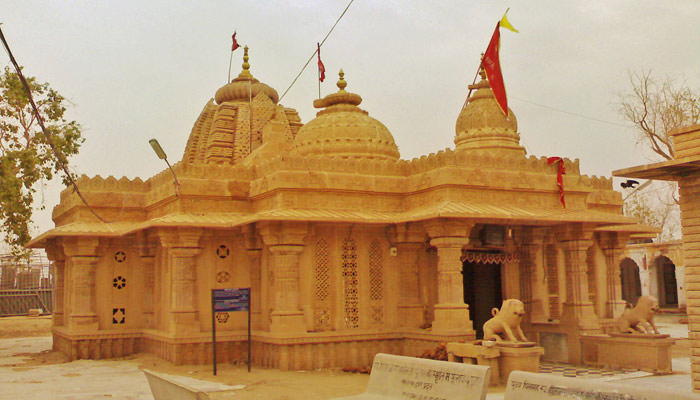