Sita Mata Wildlife Sanctuary is a wildlife sanctuary situated in south-east portion of Pratapgarh district Rajasthan, and has been declared as the protected forest area vide Government of Rajasthan. Sita Mata Sanctuary is a dense forest land which is about forty percent of the total land area of this developing district. Sita Mata Wild life Sanctuary is the chief attraction in Pratapgarh. The landscape of the area is rising and falling because of the confluence of three different geological formations- Malwa Plateau, Vindhyachal Hills and Aravali ranges.

There are stories of the mythical Epic from The Ramayana is associated with the sanctuary as  Hanuman and Sitamata temples and other places of historical and mythological importance are found here and the designation of the sanctuary has been named after it.

It is the only forest region, where more than half the trees are the valuable teak. More to mention are Salar or Boswellia Serrata Rox, Tendu or Diospyros melonoxy Roxb., Bad or Ficus bengalensis, Peepal or Ficus Religiosa Linn., Babool or acacia arabica, Neem or Azadiracta Indica, Arinja or Acasia leucophea, Siras, Churail, Kachnar, Gulmohar, Amaltas, Bakayan, Ashok, Mahua, Semal, Goondi, Khejadi, Kumta or acacia rupesris, Amla, bamboo, Sindoor, chironjee, Rudraksha” and Bel trees are also found in abundance in Sita Mata Wildlife Sanctuary. There are infinite numbers of climbers and shrubs make the place a worth visit. Out of 108 varieties of high value medicinal herbs, 17 belong to the rare species that are found here.

Sita Mata Wildlife Sanctuary is located in Pratapgarh District of Rajasthan about 45km from Pratapgarh City.

By Air : Udaipur Airport is the nearest airport to the park.

By Rail : Mandsaur Railway Station in Madhya Pradesh is the nearest station to Pratapgarh about 28km away while Chttorgarh Railway is the nearest in Rajasthan about 110 km away. 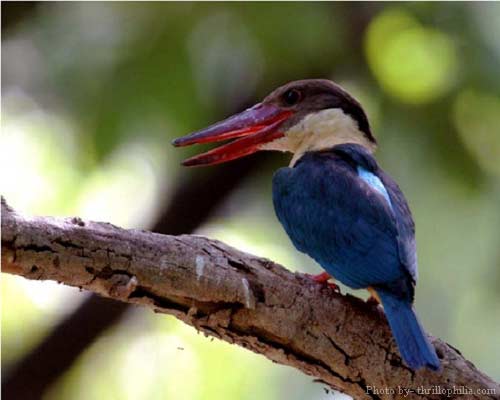