Places To See In Kota

City Fort Palace- City Fort Palace, located on the eastern edges of the River Chambal in Kota, is known for having the largest fort complexes in Rajasthan. This Fort is about 5.4 kms away from Kota city and a major tourist attraction of the City. The Hathi Pol or the Elephant Gate, built in the 17th century, is the main entrance to the fort. The fort’s rugged walls and bastion decorated with domes and handrails display the majesty of the kings of that time.

Government Museum- The Government Museum located inside the Brij Vilas Palace, close to Kishore Sagar Lake is a popular tourist attraction of Kota. The museum has an exceptional collection of old coins, ancient manuscripts, and Hadotio sculptures.

Among all the sculptures exhibited here, the statue brought from Baroli is the most incredible one. Some of the statues present here are quite old and date back to the 4th century. In addition to all this, visitors can also see beautiful costumes and handicrafts in the museum.

Sitabari– Sitabari is a popular religious site situated close to Baran. According to the Hindu mythology, the Hindu Goddess Sita, the wife of Lord Rama gave birth to Luv and Kush at this place. Sita with her two sons used to live here when she had left the kingdom to live in the forest.

Tourists coming to Sitabari can also visit another temple which is dedicated to Sita and Lakshman. There are seven water tanks or kunds nearby, and the prominent ones are the Sita Kund, the Lakshman Kund, the Luv-Kush Kund, the Balmiki Kund, and the Surya Kund.

Chambal Garden– The Chambal Garden is situated on the banks of the Chambal River at the Amar Niwas. A pond located in the middle of the garden is home to some crocodiles.

A suspension bridge is also built over this pond. This beautiful park serves as a perfect picnic spot as it is located amid picturesque surroundings.

Alnea– Alnea is a place located close to Kota and is famous for its prehistoric carvings. These were carved using sharp tools made of rocks and stones.

The rock carvings are mostly inspired by the ancient folktales. Archaeologists and historians have confirmed that the rock carvings, found here date back to the pre-historic era.

Taragarh Fort– The Taragarh Fort, popularly known as the ‘Star Fort’, was built in 1354 AD and is among the most beautiful attractions of the city. It is located on a sharp hillside and gives a beautiful prospect of the city.

The fort encompasses three water tanks never dry up depicting the sophisticated and advanced method of construction and engineering that were used in those days.

At present, the sanctuary provides habitat to various species of animals including deer, sloth bears, wolves, antelopes, leopards, and nilgai. Wolves and antelopes can be spotted here in large numbers.

As per local people, the remains of the famous Sufi saint, Sheikh Nizam-ud-din are also buried here and Ayodhya Singh ‘Harioodh’, a renowned poet was also born here.

Jagmandir Palace– Jagmandir Palace was constructed in 1740 by one of the queens of Kota in amidst of the beautiful Kishore Sagar Lake for recreation of the former kings of Kota. The palace is made up of beautiful red sandstone and looks really splendid.

Tourists can see the reflection of the palace in the pellucid waters of the lake as they enjoy boating. Keshar Bagh, which is popular for its royal cenotaphs, is located in the vicinity of the palace. 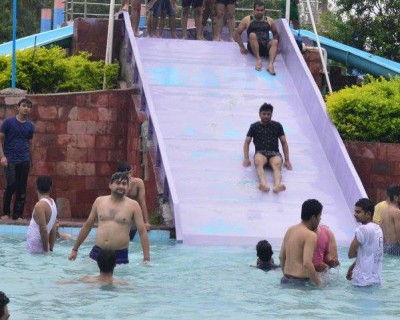 Aquagreens Waterpark is the first water park of Kota, Rajasthan. It is one of the most famous water parks of Kota and most visited place to see in Kota by local families and friends. The... more » 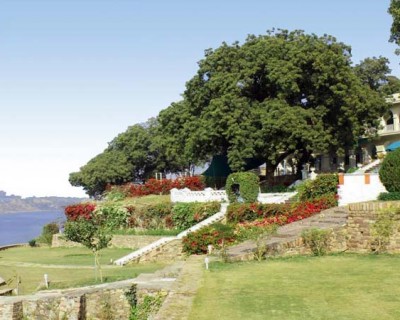 Now this palace has been converted into a heritage hotel of Kota and all the rooms are well furnished with modern amenities and picturesque views of Chambal River. Bedrooms have attached modern bathrooms, which have... more » 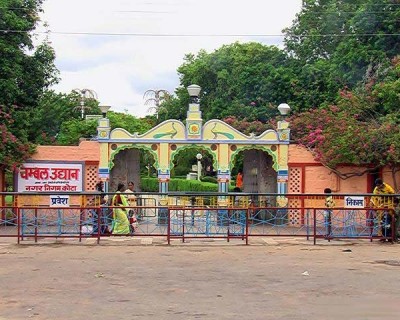 Located at 2 km from Kota fort on the banks of the Chambal River, Chambal garden spreads over a large area. In the middle of the garden, there is a pond which houses some crocodiles.... more » 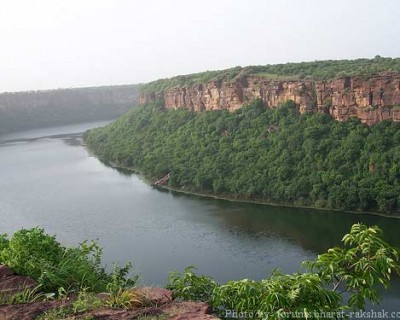 This hilly sanctuary with thick forests is worth a visit. The animals which are found here include Wolf, Sloth Bear, Chinkara and Leopard. This sanctuary is stretched in the area of 250 sq. Kms, almost... more » 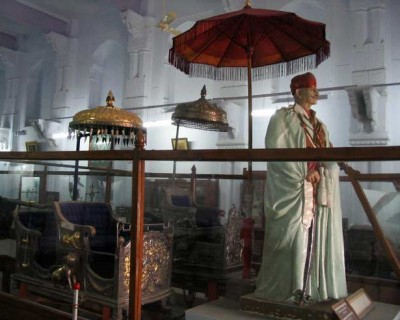 Situated in the Old Palace of Kota, this museum is named after the son of the first ruler of Kota. Along with sculptures many articrafts in museum attracts historian as well because this art craft... more »