The Mahi is a river in western India. It rises in Madhya Pradesh and, after flowing through the Vagad region of Rajasthan, enters Gujarat and flows into the Arabian Sea. The river Mahi is worshipped by a lot of people and has a lot of temples and places of worship along its shore. It is popularly described as Mahisagar due to the vastness of the river. Mahi Bajaj Sagar Dam is a dam across the Mahi River. It is situated 16 kilometres from Banswara town in Banswara district Rajasthan, India.

The dam was constructed between 1972 and 1983 for the purposes of hydroelectric power generation and water supply. It is the second largest dam in Rajasthan. It is named after Shri Jamnala Bajaj. It has many crocodiles and turtles in it.

There are large number of islands within the catchment area of the dam, so Banswara also called popularly called as “City of Hundred Islands”.The dam is easily accessible by road.The dam has an installed capacity of 140 MW. The Mahi river flowing into the Gulf of Khambhat is on the verge of extinction due to pollution and salinity.

The concept of Mahi Bajaj Sagar Project was mooted in the later half of sixties. The foundation stone of this ambitious, multipurpose, inter-state project was laid by the then Finance Minister, Government of India late Shri Morrarji Desai in the year 1960 The project is named after renowned freedom fighter and national leader late Shri Jamnalal Bajaj.

The river Mahi originates from Sardarpura village of Dhar district in Madhya Pradesh and flows through M.P. Rajasthan and Gujarat before conversing into bay of Khambat in Gujarat state. From water potential point of view, the Mahi river basin is the third largest among fifteen well defined and discriminated river basins of Rajasthan state.

The major construction activities started in the year 1972 and the project was dedicated to nation by the Hon’ble Prime Minister late Smt. Indira Gandhi on 1.11.1983. 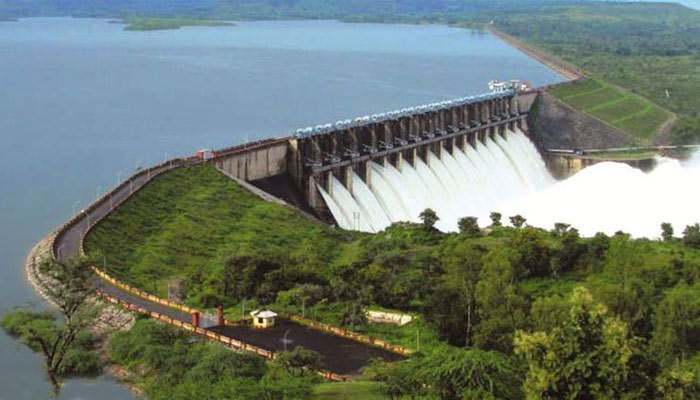