Muchhal Mahavir Temple is a Jain temple which is located in the Pali District of the Rajasthan. This Jain temple is dedicated to Lord Mahavir. Located in the green environment of the Kumbhalgarh Sanctuary, it provides a great piece to the mind. Situated at about 5km away from the Ghanerao, Muchhal Mahavir temple is known for the statue of the Hindu Lord Shiva with mustache.

Beautiful architecture of Muchhal Mahavir temple attracts many visitors. Its entrance has two statues of the elephants which are standing in the guarding position. Nearby Garasia tribal villages are another attractions around this temple.

From the shopping point of view, it is famous for beautiful traditional colorful costumes. At the temple, a fair is organized on the 13th day of Chaitra month every year.

Muchhal Mahavir is the name given to Lord Mahavir when he once had a mustache. The story behind mustache was that Rana of Mewar visited the temple on passing by for hunting. On offering refreshment by the priest, he found a strand of hair in the prasad.

He asked the priest if his Lord has a mustache. He also didn’t offer prayer that day and demanded the priest to show him Lord Mahavir in mustache after three days on his return from the hunt. The priest offered prayers for 2 days.

Impressed by his prayers Lord Mahavir appeared before the priest and told him to cover the idol with a cloth. On Rana return, he asked to disclose the idol from the cloth.

King found mustache and a beard also in the Lord Mahavir idol. Rana realized its mistake and asked the priest to forgive him. Since then Lord Mahavir is praise as Muchhal Mahavir.

By Road: Muchhal Mahavir Temple is located in the Pali district inside Kumbhalgarh National Park, at a distance of 5 km from Ghanerao and 115 km from Udaipur. One can easily reach here by bus or taxi.

By Air: Muchhal Mahavir Temple can be reach through nearest Udaipur Airport which is well connected with regular domestic flights to Delhi, Kolkata, Mumbai, Ahmedabad, Jodhpur and Jaipur. 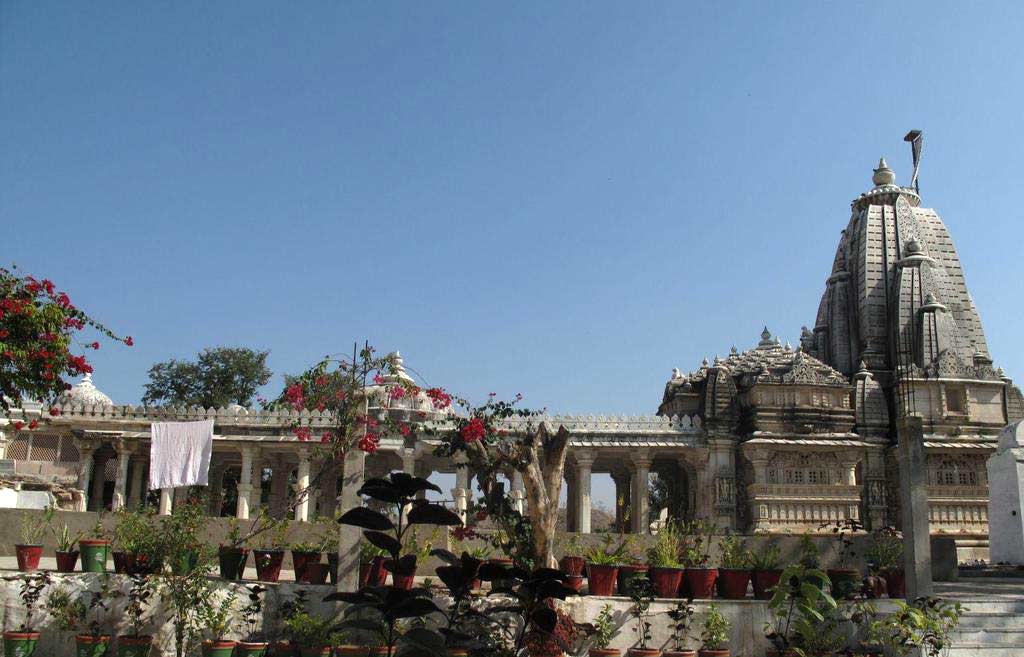 One Response to “Muchhal Mahavir Temple”