Gushmeshwar Temple is one of the most sacred temples of Rajasthan as well as one of the most religiously important places of Hindu Mythology. The temple is dedicated to Lord Shiva and considered one of the 12 Jyotirlingas of Shiva. This temple of Rajasthan is also mentioned in the ‘ Shiva Purana’ which is one of the sacred books in Hinduism and that is why people from all over the country visit this temple to seek blessings from the Lord to fulfill their wishes. This jyotirlinga of Lord Shiva is believed to be the last on earth and that is why it is having a strong religious significance. The temple is located near the very popular Ranthambore National Park, and the temple is situated at Shiwar village of Sawai Madhopur district, and there are many folk tales are associated with it. It is also said that Lord Shiva visits in all those places where ever his devotees pray to him by heart. And he also leaves his mark in the form of lingas in the various places which are considered pious and sacred. The surrounding backdrop of the temple is serene and beautiful as the temple is located on the Devgiri Hills of the Shiwai village and called as a hill temple of Rajasthan.

The temple of Gushmeshwar is believed to be more than 1000 years old and people visit in thousands during the occasion of Shivaratri and in the month of Shravan( July-August).

The temple is having a strong significance and according to the sagas of ‘Puranas’ it is said that a man named Sudharma lived near the hills of Devgiri and he was married to a girl named Sudeha but unfortunately Sudeha was not blessed with a child and she decided to get her husband married to her sister Ghusma.

Ghusma was a Lord Shiv devotee and she worshipped Lord Shiva everyday and she was blessed with a son after her marriage to Sudharma and when the son grew older she got him married, but Sudeha was jealous seeing the achievement and honor of Ghusma and eventually she killed her newly wedded son.

But Ghusma was not at all disheartened but she kept her faith on Lord Shiva and continued her worship.

Ghusma used to immerse the Shivalingm after she worship it every day and another day when she was immersing it in the river Lord Shiva appeared before her as he was very pleased with her devotion and granted her lost son along with the honor that her named will always be remembered with him as there will be a temple named ‘Ghushmeshwara’ or ‘Lord of Ghushma’ and then the jyotirlinga was formed.

According to the local people it is belived that the temple is a powerful seat of Lord Shiva and there were many times when Mohmood Ghajnavi sent his army to loot & damage the temple and many kings lost their lived after saving it and in the year of 1358, Hamir Khilji sent his army to destroy this temple and his army also disturbed the village and warehouses and they also began to destroy the temple but had to stop due to night.

And in the same night Khilji saw a dream where half nacked tri-eyed, person came with a trident in his hand was warning to kill him and this feared Khilji tremendously as he could not sleep the whole night to the preist of the temple and the priest told that he was none other than Lord Shiva who can ruin the universe in his anger by opening his third eyeand eventually Khilji dropped the plan of capturing the temple and moved on to Ranthambore. 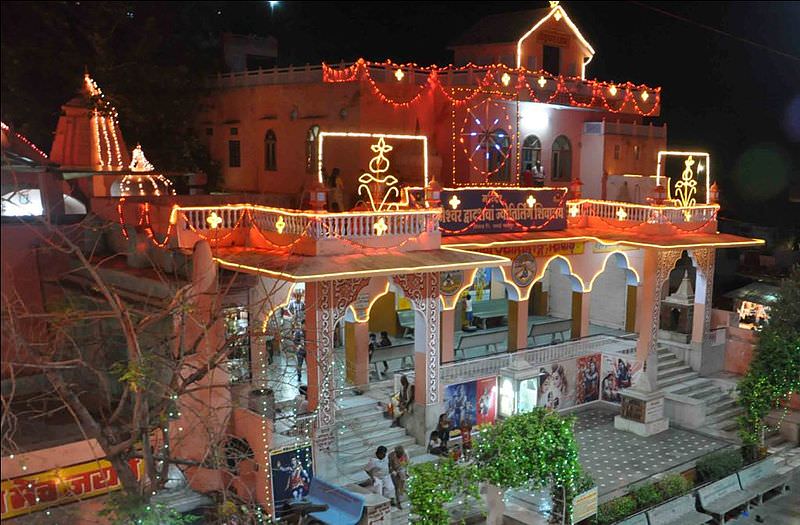