The Sariska Tiger Reserve is an Indian national park located in the Alwar district of the state of Rajasthan. This area was a hunting preserve of the erstwhile Alwar state and it was declared a wildlife reserve in 1955. In 1978, it was given the status of a tiger reserve making it a part of India's Project Tiger scheme. Many of the wild species are found in this national park are four-horned deer, wild boar, langur, caracal, sambar and chital. It also includes jackal, hyena, jungle cat, leopard, Bengal tiger and some species of birds. This national park's tiger population almost disappeared in the year 2005. However, after some sustained efforts by the Rajasthan state government and WII or Wildlife Institute of India, the disaster was averted.

This area has historical legends associated with Maharajas of Alwar including the Sariska Palace. This palace was used to be as the royal hunting cabin of the famous and legendary Maharaja Jai Singh. Sariska Tiger Reserve, once a part of the ancient ‘Matsya’ kingdom is also supposed to have sheltered the exiled Pandavas. It is believed that Bhima smote the rock face of a cliff with his cudgel at Pandu Pol and made a passage through a gorge in the sanctuary as these stories are mentioned in the great Hindu epic of “The Mahabharata”.

The various species of trees which are found in Sariska National Park are salar or Boswellia serrata, kadaya or Sterculia urens, dhak or Butea monosperma, gol or Lannea coromandelica, ber or Ziziphus mauritiana and khair or Acacia catechu, Bargad or Banyan or Ficus benghalensis, arjun or Terminalia arjuna, gugal or Commiphora wightii or bamboo can also be met at some places. Shrubs are also found such as kair or Capparis decidua, adusta or Adhatoda vesica and jhar ber or Ziziphus nummularia.

How to Reach Sariska National Park

The Tiger Reserve is located in Alwar District of Rajasthan. Being a famous tiger reserve in the state, it is visited by thousands of tourists and wildlife lovers. One can easily reach Sariska Tiger Reserve from any part of the state and country.

By Airways : Jaipur Airport is the nearest airport about 110 km from Alwar. It is well connected to rest of the country.

By Rail : Alwar Railway Station is the nearest one located about 40 km from the park. All the trains from Delhi to Jaipur pass through here.

By Road : Sariska lies in Delhi Jaipur route and can be easily reached via road. 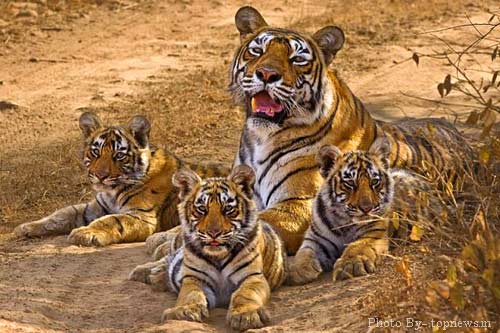 The Hill Fort Kesroli in Sariska