Mand or Maand is also a popular style of singing in Rajasthan. This is neither accepted as a full-fledged Raga nor is it reckoned among the freely rendered folk songs. It is quiet similar to the Thumri or the Ghazal.

Maand singers contribute a lot to the classical music of India with their Rajasthani folklore.

It is the Rajasthan’s most sophisticated style of folk music and is most exclusive contribution to the classical music of India.

The famous Rajasthani song Kesariya Balam is in the Mand style. ‘Ab To Hai Tumse Har Khushi Apni’ song of Abhimaan movie is one of the famous hindi song in Maand style. 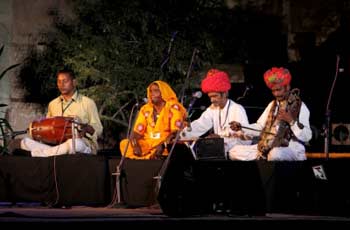