Navbharat Times (NBT) is the largest circulated as well as largest read Hindi newspaper of north India. Navbharat times is a part of the times group. Navbharat Times also provides Rajasthan news. It was launched in order to address the people of independent India in Hindi, a language, which was totally their own. The owner of Navbharat Times is Bennett, Coleman & Co. Ltd.

The first cell of Navbharat times developed on 3rd April 1947. It was the only Hindi publication those days to use rotary machines for producing the paper. The publication was led by few of the renowned Hindi journalists and was considered to be mecca of journalism. NBT was the first Hindi national newspaper those days with editions in Kolkata, Lucknow, Patna & Jaipur.

Other Publications of the Times Group 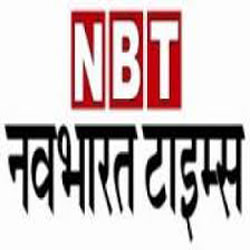 One Response to “Navbharat Times”