The Tribune is an English language Indian daily newspaper published from Chandigarh , New Delhi ,Jalandhar , Dehradun and Bathinda .It has two sister publications: Dainik Tribune (in Hindi) and Punjabi Tribune .Naresh Kaushal is the Editor for Dainik Tribune and Varinder Walia is the Editor for Punjabi Tribune. All the three newspapers are published by ‘The Tribune Trust’. It is a major Indian newspaper with a worldwide circulation in India.it is the leading English daily for Punjab ,Haryana , Himachal Pradesh , and the Union Territory of Chandigarh .

The Tribune was founded in Lahore on 2 February 1881 by Sardar Dyal Singh Majithia, a philanthropist is run by a trust comprising five persons as trustees.The Internet Edition of The Tribune was launched in July 1998 by Deputy Editor Roopinder Singh. The Internet editions of the Punjabi Tribune and Dainik Tribune were launched on 16 August 2010.

The Tribune Publications and Others 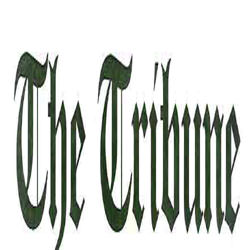