Jaipur Literature Festival is the best platform which brought not only writers but some elite thinkers and socialist from all over the world to carry out a conversation on literature past and future. Prominent authors can listen in the JLF arena.

Apart from sessions of readings, discussions, and questions and answers, there is also a musical evening and outdoor lounge bar to relax.

Every year over a lakh of visitors attends hundreds of literary sessions during five days of DSC Jaipur Literature Festival.

In the previous years, it was being held at Diggi Palace hotel but due to the influx of people in large numbers, now Char Bagh has been added with a separate music stage at The Clarks Amer lawns.

All the events except musical evening at the festival are free and not ticketed. The literature festival attracts over a lakh visitors and the organizers had a tough time handling the swelling crowd.

The Directors  of the Zee Jaipur Literature Festival  are William Dalrymple and Namita Gokhale and the festival is produced by Sanjoy K. Roy, Sheuli Sethi  and Teamwork Productions. 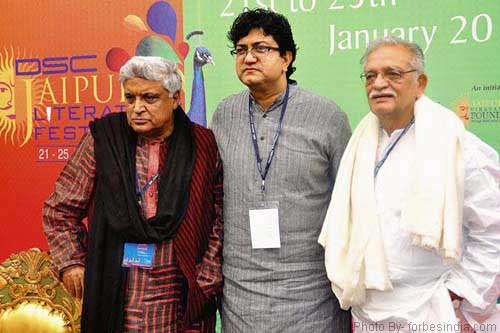