Jaipur is a city which is known for its cultural heritage and for its old and royal temples that were the epitome of the religious faith of the kings and the queens. The Jaipur temples are equally beautiful like the forts and palaces and they are also known for their intricate and stunning architecture and thus people of all religion who visit the city love to see the temples in Jaipur as they exhibit the true culture of India and also the best craftsmanship of the country that belonged to the past centuries. Theses temples are extremely beautiful and they are made for all religions and some of them are really famous and the Govind Devji Temple is especially for the Vaishnavas and others are Moti Doongri temple which is another one and others are Akshardham Temple, Birla Mandir, Lakshmi Narayan Temple, Galwh Bagh which is The Monkey Temple and Suriya Mandir which is called as the Sun Temple dedicated to Sun God.

The temples were also constructed by the Rajput Kings and all of them have a different story to say and that is why these all are special in Jaipur tourism.

People from all over the country visit these temples for their religious significance and the tourists also take the trip of temples of Jaipur as a nice trip. Akshardham Temple is also known for its massive size and stunning carvings and dedicated to Lord Vishnu. Inside the temple there is some brilliant architecture and stone cravings can be seen that are done to crave the Hindu Gods and Goddesses and other intricate works inside the temple walls.The temple is indeed an architectural magnificence 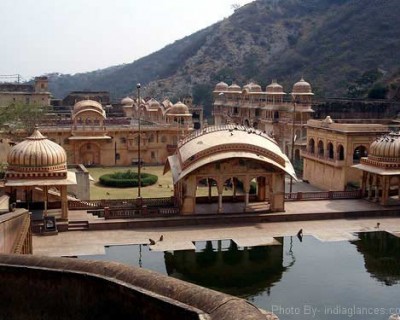 Galtaji Temple is another temple which is no less than a Hindu Pilgrimage in the city of Jaipur and the temple is pink in color and is having a wide number of pavilions, finely carved pillars and brilliant carvings which altogether make this temple one of the best places to see in Jaipur. 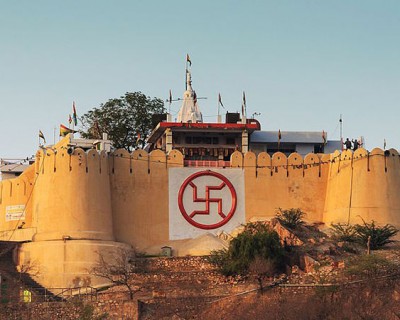 This is another temple of Lord Ganesha which is located on the hills near Nahargarh Fort and Jaigarh Fort.The temple was constructed by Maharaja Sawai Jai Singh I when he accomplished the "AshwameghaYagna" at the time of establishment of Jaipur and placed the shrine of Lord Ganesha in the temple. 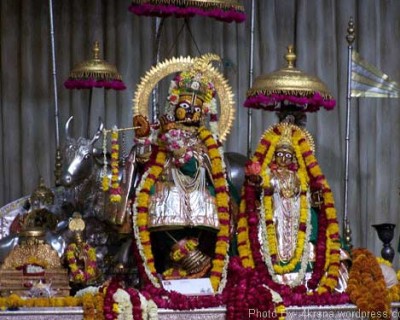 Govind Dev Ji Temple is dedicated to Lord Krishna and was brought to the city of Jaipur from Vrindavan and the temple’s statue or the idol of Lord Krishna has a specialized look that is very much similar to the incarnation of Earth, the temple came into the city during the reigns of the Mughals 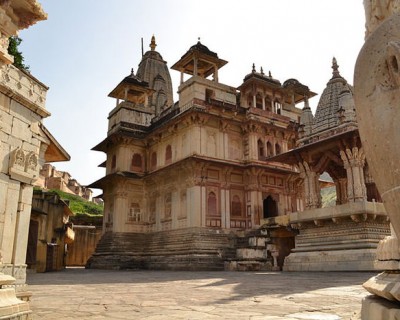 The temple belongs to Lord Krishna and his very renowned devotee Meera Bai. More and people from all over the country visit this temple during the most joyful occasion of Janmashtami and is also a... more » 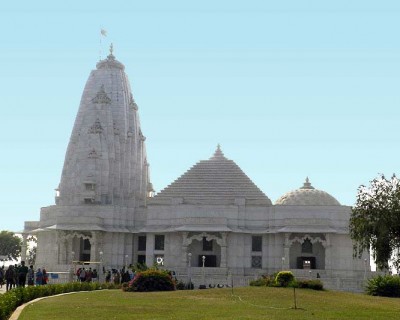 6. Laxmi Narayan Temple or The Birla Mandir in Jaipur

Lakshmi Narayan Temple temple is also one of the best places to see in Jaipur and dedicated to Goddess Laxmi and Lord Vishnu. The temple s known for its intricate craftsmanship as the entire temple is constructed with white marble and people come to see the silver beauty of this temple from all over the places. 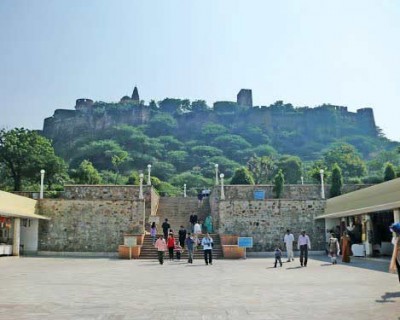 Moti Dungri Temple is settled at the central part of the city and it is actually a hill and there are a temple and a palace which is located on the hill. The temple is dedicated to Lord Ganesha and people just sway by the temple and takes this as the most religious place of the city. 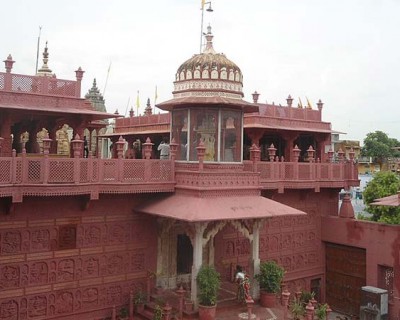