Ramgarh Lake in Jaipur is a very famous tourist attraction, especially during monsoon when it is flooded with water. It has marvelous scenic beauty with a special attraction for the wildlife lovers due to Ramgarh Wildlife Sanctuary. Ramgarh Lake is an artificial lake which covers an area of 15.5 sq. km. Until 2000, it was a major source of water supply for the Jaipur city. Its history tells that it was a hunting ground for the Maharajas of Jaipur. Ramgarh lake also hosted the rowing events in 1982 Asian Games.

Boating, trekking and migratory birds watching are possible in and around the lake. Old fort, Ramgarh Polo ground and temple of Jambwa Mata are some other attraction around the lake.
Best time to visit : During monsoons and October to March.

How To Reach Ramgarh Lake, Jaipur

By Road: Ramgarh lake is located near the Jamwa Ramgarh at a distance of 40 km from Jaipur. One can easily reach here with local taxi, roadways or private buses or cab. 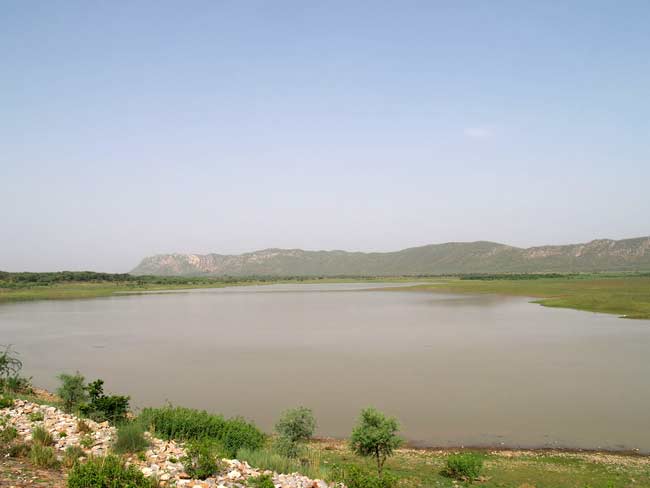