The magnificent museum is in the Lalgarh palace of Bikaner. There are sections in the museum in a way that all the articrafts follow a hierarchy and historical importance. There is the Silk Robe of Shehjada Salim which is quite fabulous to see. There are also some other unique collection of miniatures from across the state.

The Anup Library contains an extremely rare and valuable collection of Rare sanskrit manuscripts in Anup Library which are brought back from the Deccan by Raja Anup Singh in the 17th century also displays in this museum.

Valuable sculptures from Harappan ages, war weaponry of Rajasthan and Litho prints of British Empire are a some other historical importance items. Ganga Golden Jubilee Museum also has many black and white photographs of India which are from the time when India was under the British rule.

Bikaner is well connected by road and rail with all the major cities of state. Nearest airport is Jodhpur(235 kms) 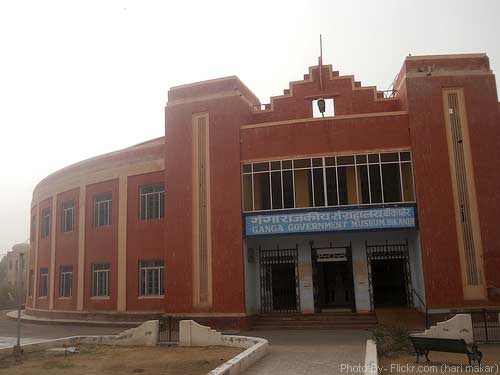