Laxmi Narayan Temple or The Birla Mandir in Jaipur

Laxmi Narayan Temple or the Birla Mandir Jaipur is an example of marvellous architectural landmark of Jaipur. It is constructed with a pure white marble and a modern approach. Lord Narayan and Goddess Lakshmi idols are awesome and beautiful. There are idols of other Hindu God and Goddess, Hindu symbols, ancient quotes and ornaments on the walls of the temple. On some walls, mythological events are carved also. In this temple, there are idols and images of other than religious-like saints, philosophers and historical achievers, like Socrates, Buddha, Zarathustra, and Confucius. Its modern form of architecture makes it different and must-visit places.

The Laxmi Narayan Temple has three domes to represent the three religions of India; a tribute to the secular nature of the country. The Birla temple has lavish green gardens all around the temple. 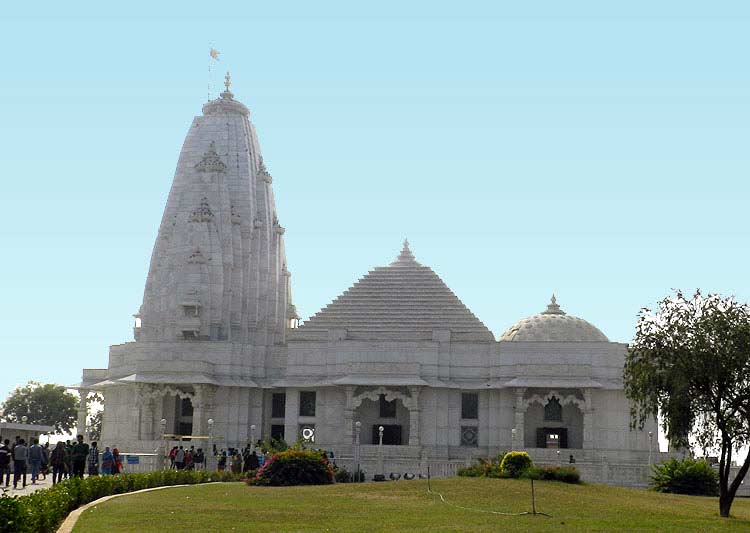 One Response to “Laxmi Narayan Temple”

I am on a 3 day tour to jaipur from mumbai.Very sorry to say that I had a sad experience on my visit to birla mandir jaipur.I was not allowed to enter the temple just becoz my daughter was on a wheelchair…why the birla people want to have so many temples all over when they have so many restrictions..I am ashamed of the so called high BIRLA FAMILY AND IT’S MANAGEMENT…My daughter and us are much more respected and taken care of in other countries on our travel. But my country people like birla are far behind….