Somnath Temple is a famous Lord Shiva temple in the Pali city. Temple shrine was constructed by the King of Gujarat Kumarpal Solanki in the Vikram Samvat 1209.

Located in the main market of Pali, Somnath mandir has marvelous shilp art. Known for its rich history, Somnath temple has intricate carvings on the Shikar and pinnacle of the temple. Inside the Somnath Mandir, there is a Shivling inside the Temple along with the idols of Parvati, Ganesha, and Nandi. Raj Kumar Pal Solanki brought this Shiva Linga from the Saurashtra region of Gujarat.

How To Reach Somnath Temple, Pali

By Road: Somnath Temple is located at the centre of the Pali city. One can easily reach here by bus or taxi.

By Air: Somnath Temple can be reach through nearest Jodhpur Airport (75 km) which is well connected with regular domestic flights to Delhi, Mumbai. 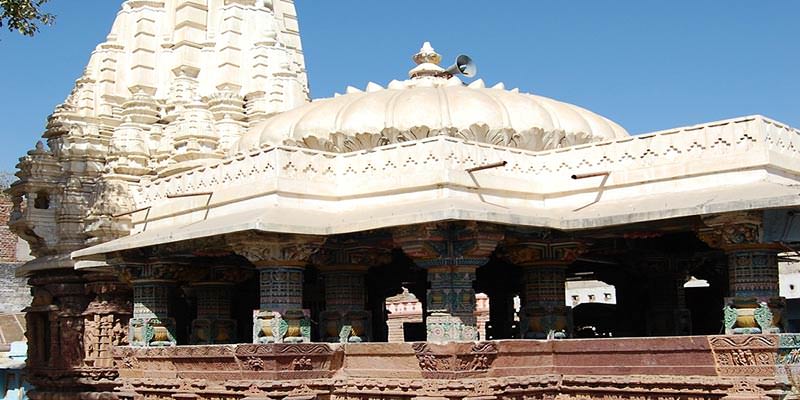