Ganesh Pol in Amer Fort, constructed 1611 and 1667 by King Jai Singh II is located in the main palace of the Amber Fort. There is a total of seven main gates like Ganesh Pol in the Amber Fort but Ganesh Pol has most important among all due to its unmatched architecture and strategic location. As the name suggests, Ganesh Pol has a magnificent idol of the Hindu Lord Ganesh which is splendidly colored in different colors.

Ganesh Pol at Amber Fort is also strategically important as entry through this gate was exclusive to the Kings and their families so that they could easily get inside the fort, into their private chambers without being disturbed.

Ganesh Pol is architecturally significant as it represents the fantastic fusion of the Mughal and the Rajput style of architecture.

How To Reach Ganesh Pol, Jaipur

By Road: Ganesh Pol is located near the Jaipur city, in the Amer Palace. Nearest bus stand is Amer Fort bus stand and one can easily reach here with a local taxi or cab from Jaipur.

By Air: Ganesh Pol can be reached through Jaipur Airport, also called Sanganer Airport which is well connected with regular domestic flights to Delhi, Kolkata, Mumbai, Ahmedabad, Jodhpur, and Udaipur. 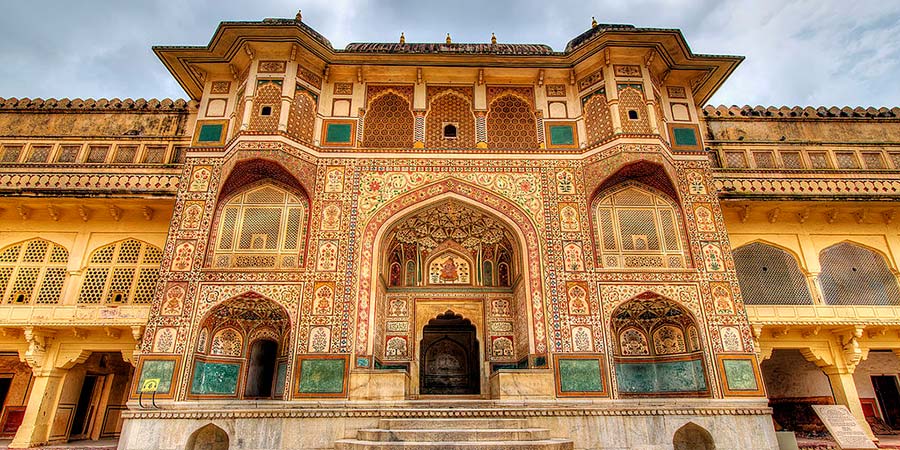