Located on a cape called “ Cheel ka Teela” (Hill of Eagles) of the Aravali range of hills, the Jaigarh Fort was erected in 1726, to overlook and protect the Amber Fort of Jaipur. The canon “ Jaivana” is one of the numerous attractions of the fort, manufactured in the fort premises; it is the largest canon on wheels of that time (1720). The fort is well covered with walls of red sandstone from all around. There is a separate section in the fort, devoted to displaying the armories of the fort; it features swords, shields, guns, muskets and also a 50 kilograms cannonball. The museum within the campus displays photographs, stamps, etc. from the ancient times. It is also believed that a huge treasury was discovered here and captured by the Government of Rajasthan when the renovation works were carried out at Jaigarh Fort in 1970.

Jaigarh Fort is as old as Amer Fort and instead of the palace, it was just a strong fortification which was built by meenas in Amer at that time.

During the Mughal Period, Jaigarh Fort was seen as the important cannon foundries due to the presence of a large number of iron ores nearby the fort.

It was later when Mughal Emperor Muhammad Shah elected Jai Singh II as the official Mughal Qiladar of Jaigarh Fort. After that, he created the Jaivana Cannon which was one of the largest cannons at that time.

Architecture of the Jaigarh Fort

Jaigarh Fort is a highly fortified fort which has huge thick walls made up of red sandstone. The fort has different palaces, courtrooms.

The fort has a watchtower from where you can enjoy an amazing view of the surrounding area.

Dungar Darwaza is the main entrance of the fort. There are two temples within the fort precincts, one is the Ram Harihar temple of the 10th century and the other one is the Kal Bhairav temple of 12th-century vintage.

How to Reach Jaigarh Fort in Jaipur

The Fort is open every day for the general public. 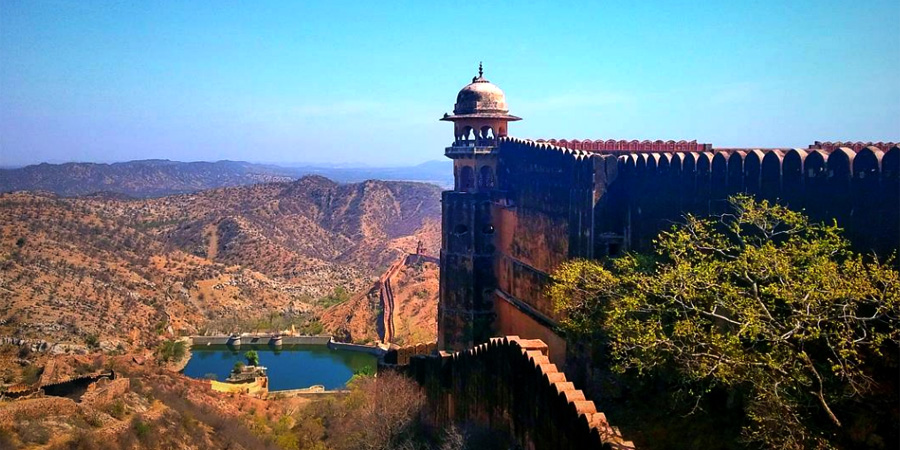