Nakki Lake in Mount Abu truly defines romance in Rajasthan. Named as Love Lake of Mount Abu, it is also the largest manmade lake at the height of 11,000 meters in India. It is also a sacred lake for the Garacia tribe of Rajasthan and at the time of their festival in Shukla paksha which falls in April month, it is the place of worship and remembrance of their ancestors. People consecrate their nails in the lake at this festival. It is the reason for the naming of this lake as 'Nakki'.

Nakki Lake is about a half mile in length and a quarter of mile broad also has a quite interesting history as well. One historical story explained that it was dug out from nails by gods for the protection against demon ‘Bashkali’.

Another romantic history was of Rasia Balam, a sculpture of Dilwara Jain temple and Kings daughter name Kunwari Kanya. King put up the challenge of digging of the lake in one night and he will marry his daughter to that one. It is believed that Rasia Balam dug a lake overnight with his nails. Later Queen refused to marry their daughter.

Some also believed that Rasia Balam was an aged sage and was the incarnation of Lord Shiva and the teenager was the embodiment of Ma Parvati. Due to betrayal, they will again come back to complete their love. The famous poem ‘Lost Love’ describe their story very well.

LOST LOVE
It’s for love
So much was at stake
With nails was done
The digging of the lake
The sage felt no pain
For love-pang-ache
But her parent’s promises
Just turned out to be fake
And the virgin and the sage
Could never ever make
To the nuptial altar
Just for the parent’s sake-
Love reigns supreme yet
With all its heartbreak.

Temple of Rasiya Balam and Kunwari Kanya (king’s daughter)’s is located behind the Dilwara Jain temple.

Nakki Lake has a very calm and romantic atmospher around it. Shri Raghunathji Temple, Toad Rock and the Maharaja Jaipur Palace in Mount Abu are very close to it. Bandits love, sunset point is located near to it. On 12th February 1948, Mahatma Gandhi’s ashes were immersed in Nakki Lake and Gandhi Ghat was built alongside it. 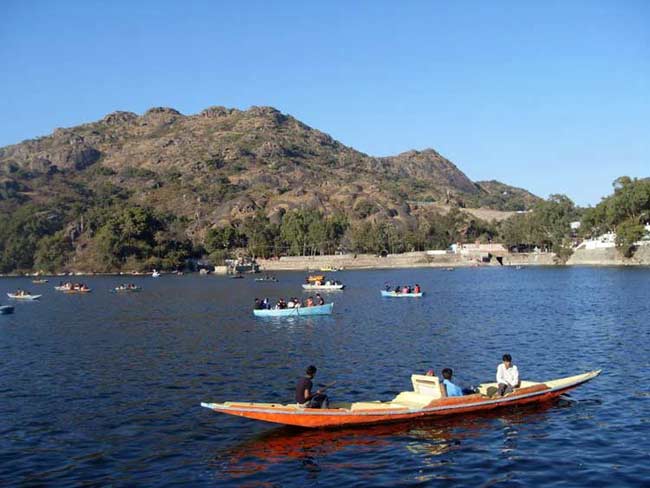