Baba Ramdeo Temple or Baba Ramdev Temple, famous by the name of Adhar Shila temple is located above on top of a sandstone 'Massuria hill'. This hill comes on the route between Jalori Gate and Nagori Gate of Jodhpur. Baba Randev temple history allures visitors to know more about the temple. Known for its divine and devotion, Baba Ramdeo temple has long lost of followers and stories of local beliefs.

This mysterious temple has a tiny rock at its entrance with the inscription " Enter at your own risk" This makes travelers more curious about the temple.

With devotees, adventurous people also visited it for the spectaclar views from the top of the temple which could only be possible after climbing through rickety stairs against vertical rock pillars. But now proper stairs are made which easier the task to reach at top and take amazing views.

By Road: Baba Ramdeo Temple is located at a distance of 7 km from Jodhpur city on Baba Ramdev Rd. One can easily reach here by bus or taxi.

By Air: Baba Ramdeo Temple can be reach through nearest Jodhpur Airport (6 km) which is well connected with regular domestic flights to Delhi, Mumbai. 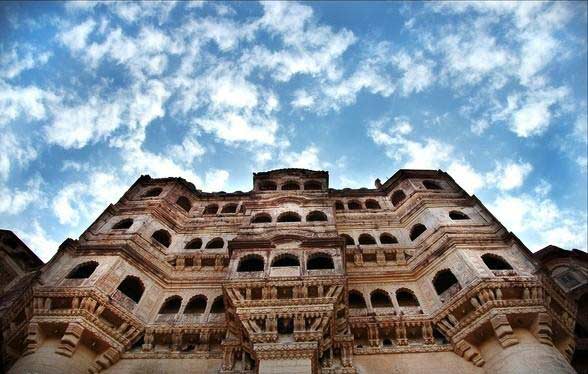