Jagat Temple also called as Ambika Mata Temple is a small shrine of Goddess Ambika Devi made in the crevice of a rock. Goddess Ambika Devi is known as a form of Goddess Durga. This temple is also famous as 'Ambika Mata temple' and due to its location in the Jagat village of Udaipur, known as Jagat temple. Known for its exterior intricate carvings, Jagat Temple was built in 961 AD.

Jagat temple is the well-preserved temple of the 10th century and also made Jagat village as ‘Khajuraho of Rajasthan‘. This temple comprises the shrine of Ambika Mata were Goddess Durga is worshipped as Shakti (Power) which is known as the sole source of energy.

Jagat temple was only an elevated altar at the time of the Pratihara period a long time ago. Only a principal image of the Goddess is placed here. It comprises a columned prayer hall called Mandapa which has projections on two sides and a small loggia in obverse. This prayer hall has windows with magnificently carved panels and its ceiling rises shapes in the pyramid shape. Prayer hall also attracts as it has carved panels of Lord Ganesha. Temple also has outstanding architecture depicting various sculptures which include Gods and Goddesses, dancers and singers of the divine court.

Jagat temple has an artistic facade which depicts mythological stories in the set in alcoves. These alcoves beautifully depict scenes including Goddess Durga. These sculptures are under the protection of numerous miniature leaves. Visiting this temple makes you feel a closeness to those almighty.

Jagdish Temple is located at 58 km in the south-east of Udaipur. One can easily reach here by local means of transport. Udaipur is well connected by road, rail, and air. 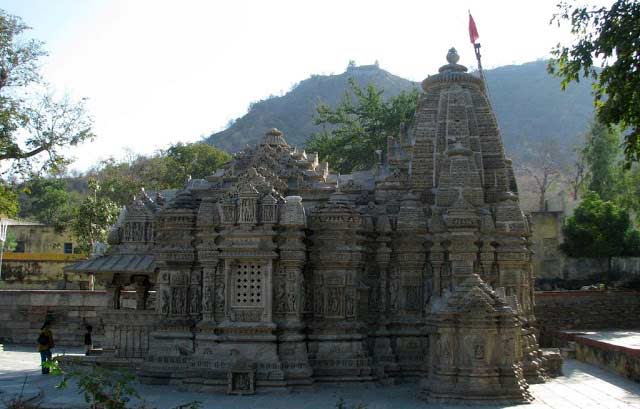