Kiradu temples are one of the major temples in Rajasthan which is majorly known as a horror spot rather than being a tourist attraction in Rajasthan. The temples of Kiradu are a group of temples which is also known as the Khajuraho of Rajasthan and they are famous for their ancient haunted stories. The temples are famous for being a favorite spot for the lovers and the temples are also have a haunted background and the stories are really spine chilling. It is a faith that no people stay here after sunset nearby the temples because it is said that anyone who will stay here will turn into stones and this is the story which is also remembered as the history of the temples which are scary yet thrilling.

According to the researchers the temple was built around the 11th century and was built by King Dushalraja and he was from the Parmar clan. There are many inscriptions present on the walls of the temple that defines its existence to the 12th century and also relate to the Chalukya dynasty. The pillars of the temples are engraved with such kinds of scripts and they belong to the Hindu calendar of the ancient e1ra of the Chalukya dynasty during the reign of Madan Bhramadeva Chauhan. There are altogether three temples present in the vicinity and they are dedicated to Lord Vishnu and Lord Shiva and their idols are also present here but the temples are found in ruined condition.

The History of Kiradu Temples

And when he came back he found his disciples in nearly dead condition and was very angry with the villagers who drove him to curse the entire village to turn into stone as they did not have any feelings in their heart so with anger and he just asked the women to move out from the village if she wants to go to escape from the curse and also asked her to not to turn back as she would also turn into stone and the women ran away from there.

And being curious she turned back and as a consequence, she turned into stone. And there is a statue of women of stone can be seen in the border of the village posing looking back, so the people out here feel that the stories are somehow true.

And eventually, nobody stays here after evening as they believe that whosoever will remain after an evening here will turn into stone. 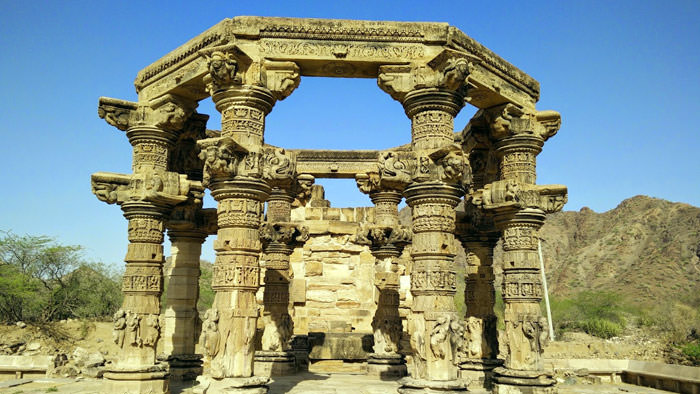