Places to See in Dungarpur

Dungarpur is a city of Rajasthan and this city are known as the land of the Sisodiyas and it was founded in the 14 century. The city is also known as the " City of Hills" and the city is believed to be 700 years old, but still, Dungarpur has kept a nice picturesque town which is nestled amongst the rocky peaks of the Aravalli Ranges. Dungarpur attracts a wide variety of tourists in its land and the city has many historical, attractions and there are many religious attractions such as temples and many other beautiful attractions such as forts, palaces, ancient temples which carry the rich historical heritage of this city. Because of these wide tourist attractions; the city of Dungarpur is being one of the major tourist destinations of Rajasthan.

The city is having many palaces such as Udai Vilas Palace and the city is also having nice museums which represent the ancient heritage of the state and as the state is a princely state of Rajasthan and the royal Gehlot Rajputs are said to be the rulers of this state and their homes and palaces have become the best attractions of this state.

Some Famous Attractions in Dugarpur

Baneshwar Temple is dedicated to Lord Shiva and most respected Shiva Linga temple of the state.

The temples located on the joining point of Som and Mahi Rivers and the lingam are built five feet high and is dropped broken at the top in five parts.

And there is another temple dedicated to Lord Brahma is allocated near this temple.

Gaib Sagar Lake is a beautiful lake located in the heart of the city and this lake is a hub of migratory birds.

The lake provides a heartwarming and breathtaking view during the sunset and there are many species of birds such as herons, white-breasted water hens, bee-eaters and green pigeons and Badal Mahal, Vijay, Udai Bilas Palace, and many other palaces are located on the banks of the lake.

Rajmata Devendra Kunwar Museum is one of great museum of Dungarpur and quite famous amongst the tourists and here you can see the best of old collections which are dated from the 6th century.

Among the many articles you can see beautiful statues and idols, paintings, coins, sculptures and most of them are from the Gupta Dynasty and any statues related to Hindu Mythology can also be seen.

Shri Nath Ji Temple is a 200-year-old temple which was built by Maharawal Punjraj and the temple is dedicated to Lord Krishna Ji who is called as Goverdhanji and Radhika Ji and both the idols are installed in this temple and it is said that the idols of the temple are only seen here but nowhere in the country.

Udai Vilas Palace is counted amongst the best Dungarpur tourist places and no one can miss the tour of this palace.

The palace is constructed beautifully in a Rajput styled architecture and the palace is having beautifully carved pillars and railings, lavish balconies, bracketed windows, which are all done with marble carvings.

Vijay Raj Rajeshwer Temple is a beautiful marble temple located in the banks of the Gaib Sagar Lake and dedicated to Lord Shiva and Devi Parvati who is his consort. 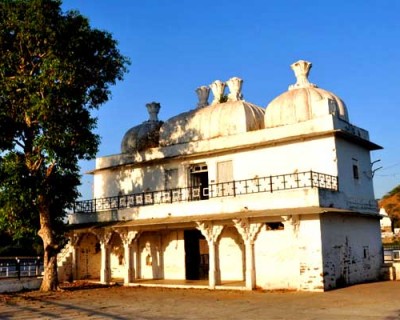 Badal Mahal is a beautiful fort which is located overlooking the Gaibsagar Lake and the fort is one of the best Dungarpur tourist places. The fort is a stunning structure constructed in two floors and was made by Maharawal Gopinath and Maharawal Punjraj respectively. The palace is constructed with typical Rajput style architecture and the domes of the palace are constructed like half bloomed lotus. 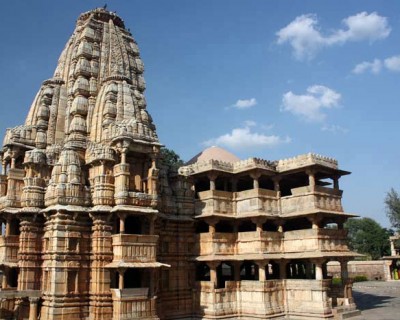 Deva Somnath Temple is an extraordinary creation which is dedicated to Lord Shiva. The temple is believed to be dated back to 12th century and built only with stones without using any joining element such as mud or lime. The temple is having a Shivalinga and an idol of Hanuman inside it and known for its uniqueness all through the nation. 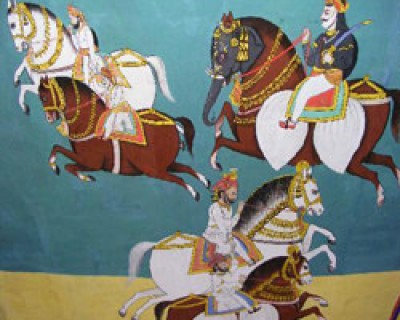 Dungarpur Government Museum is managed by the Department of Archeology and Museums of Rajasthan. Located at the heart of Dungarpur , the museum displays the  wide collection of sculptures, coins, metal images, and many other symbolic artifacts that is related to the royal family of Maharawal Lakshman Singh and Dr. Nagendra Singh who were brothers and they gifted everything to this museum. 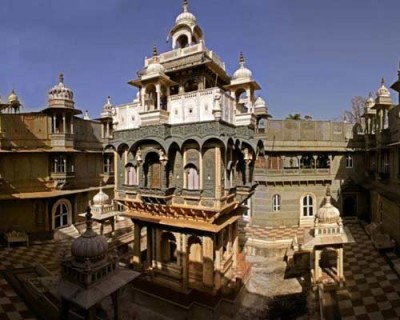 Ek Thambiya Mahal is also known with another name of KrishnaPrakash Mahal and it is surrounded by other gorgeous architectures of Dungarpur such as Udai Vilas Palace, Khuman Niwas and Laxman NIwas and the architecture is done in a splendid way and it is huge and this pink stoned palace is one of the best Places to visit in Dungarpur. 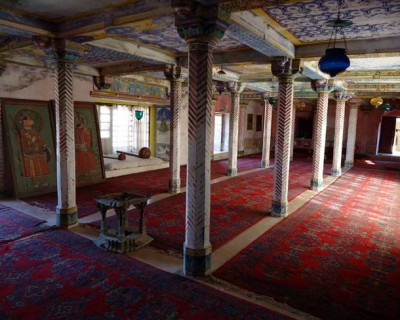 Juna Mahal is one of the best and primary Dungarpur tourist attractions and nestled on the sands of Thar Desert and constructed in a seven floor stunning architecture. Juna Mahal is an architecture which is believed to be dated back between the 13th and 19th century. The palace is considered as one of the oldest construction of India. 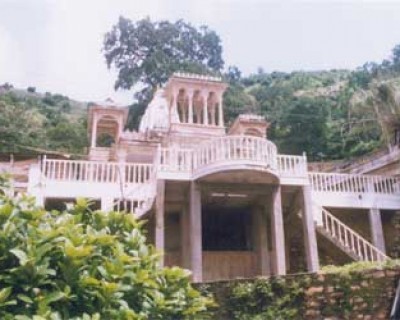 Nagfanji Jain Temple is one of the prominent Jain Temples in Rajasthan and this is a temple which is visited all through the year and one of the best places to visit in Dungarpur especially for the Jain tourists. The surrounding backdrop of the temple is also beautiful and one can see the lushly background overlooking the Aravalli Ranges. 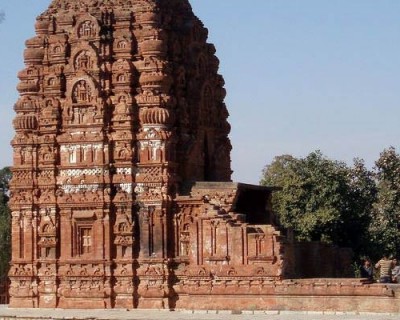 Surpur Temple is a very ancient temple which is located on the banks of the Gangdi River and the temple is having some of the beautiful carvings done on its walls and architecture. There is a ghat which is considered very holy and there are many people who even take dip in it.