Deo Somnath Temple is a Lord Shiva temple which is located at a distance of 24 km away from Dungarpur at Deo Gaon. Situated on the banks of the River Som, it was constructed during the rule of Vikram Samwat in the 12th century. Beautifully built with white marble stone, Deo Somnath walls have many inscriptions. It is a replica of the Somnath temple of Gujarat and also resembles one of the Khajuraho temples of Madhya Pradesh. At the entrance of the temple, massively carved stone elephant structure and Lord Shiva bull also made of stone sit at the entrance.

Incripted walls of the temple also have handprints panels which are believed of those women who immolated as “Sati”. Temple’s dome also present fine architecture and also resembles Ranakpur Jain temple. Marvelously carved stone pillars with series of sculpted figures and inscription adds to it’s beauty.

By Road: Deo Somnath Temple is located at Deo Gaon, 24 km north east of Dungarpur district. One can easily reach here by bus or taxi.

By Air: Deo Somnath Temple can be reached through nearest Udaipur Airport which is well connected with regular domestic flights to Delhi, Kolkata, Mumbai, Ahmedabad, Jodhpur, and Jaipur. 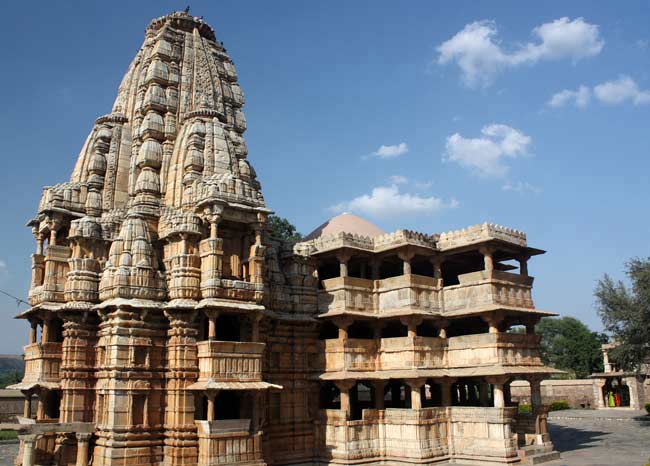