Chandrabhaga Fair is held every year in Rajasthan in the city of Jhalarapatan in the month between October and November. The fair is dedicated to river Chandrabhaga and is considered holy by the people in Rajasthan. On the full moon day in the month of Kartik or Kartik Purnima, thousands of devotees take a holy dip in this river.

Chandrabhaga fair shows a living tradition of Rajasthan. Folk music mesmerizes everyone and colorful art & crafts are best to shop in the fair. A large cattle fair is also held on the last day of Kartik which also attracts thousands of pilgrims from all over India.

The cattle fair which comes together with religious aspects along with commerce is held here and livestock like buffaloes, cows, camels, horses, and bullock are brought in this place.

Traders from far areas like Maharasthra and Madhya Pradesh come here and take part in the trading of these animals.

The fair also attracts tourists in Jhalawar who get an opportunity to interact with the locals and familiarize themselves with their rituals and customs.

To attend Chandrabhaga fair at Jhalrapatan which is just 6 kms from Jhalawar. Jhalawar is well connected to Kota, Bundi and Jaipur. NH-12 passes through Jhalawar and regular buses are available from all major cities. Nearest Railway Station is Ramganj Mandi which is at just 25 kms. 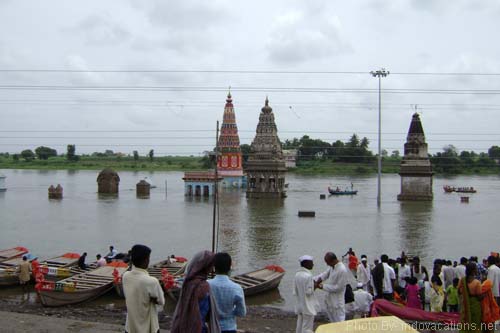