Badal Mahal is the highest point in the Kumbhalgarh Fort. Famously known as the 'Palace of Clouds'. It is located at the top of the Kumbhalgarh Fort. Badal Mahal is a two-story palace. The whole building of the palace is parted into two interconnected mahals called the Mardana Mahal and the Zanana Mahal. Badal Mahal has the well-painted rooms which are painted with pastel-colored murals, representing the period of the 19th century. Place rooms have turquoise, green and white color schemes on its wall.

There are stone jalis in the Zanana Mahal through which queens used to watch; these jalis were used to see the court proceedings and other main events.

These chambers have the creative air conditioning system which is an interesting thing to notice.

The system is facilitated with a series of duct pipes which allows cool air into the beautiful rooms, further ventilating them from the bottom.

How To Reach Badal Mahal, Kumbhalgarh

By Road: Badal Mahal is located in the Rajsamand District in the Kumbhalgarh and 100 km from Udaipur. One can easily reach here by bus or taxi.

By Air: Badal Mahal can be reach through nearest Udaipur Airport which is well connected with regular domestic flights to Delhi, Kolkata, Mumbai, Ahmedabad, Jodhpur and Jaipur. 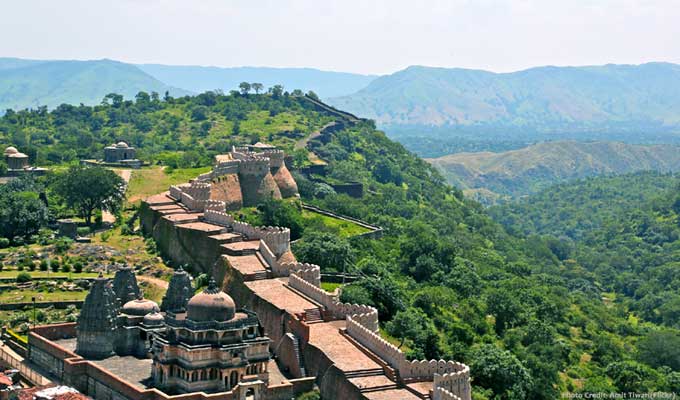