Rajsamand District is one of the 33 districts of Rajasthan in western India. The Rajsamand City is the headquarters of the district, which had been constituted on 10 April 1991 from Udaipur district. The district have 4 sub- divisions which are further subdivided into 7 tehsils namely- Amet, Bhim, Deogarh, Kumbhalgarh, Nathdwara, Railmagra and Rajsamand.

The district is named after the lake Rajsamand, an artificial lake which was created by Rana Raj Singh of Mewar in the 17th century. Rajsamand is very well known for its marble production as the largest producing district as well as the largest single unit in the whole country.

Rajsamand district lies in the watershed of the Banas River and its tributaries. Rajsamand is situated 67 Km north of Udaipur and 352 KM south of state capital – Jaipur on NH- 8. Rajsamand district is surrounded by Ajmer in North, Pali in West, Udaipur in South and Bhilwara in East.

The climate of Rajsamand is characterized by Sub-tropical dry climate with distinct hot summer, cold winter and rainy monsoon. The highest temperature goes avove 47°C in May-June and the lowest up to 2°C in December-January. The average rainfall is 800 mm. The rainfall during the period from June-September constitutes about 92% of the annual rainfall.

Rajsamandis well connected by road and railways. Regular government and private buses are available to other major cities. Kankroli is the nearset railway station from the district head quarter, Rajsamand city and is just 2.5 kms away. The Maharan pratap airport at Udaipur is the nearest airport to the district headquarter and is almost 71 km. This airport is served by a good number of flights from Jaipur and other cities. 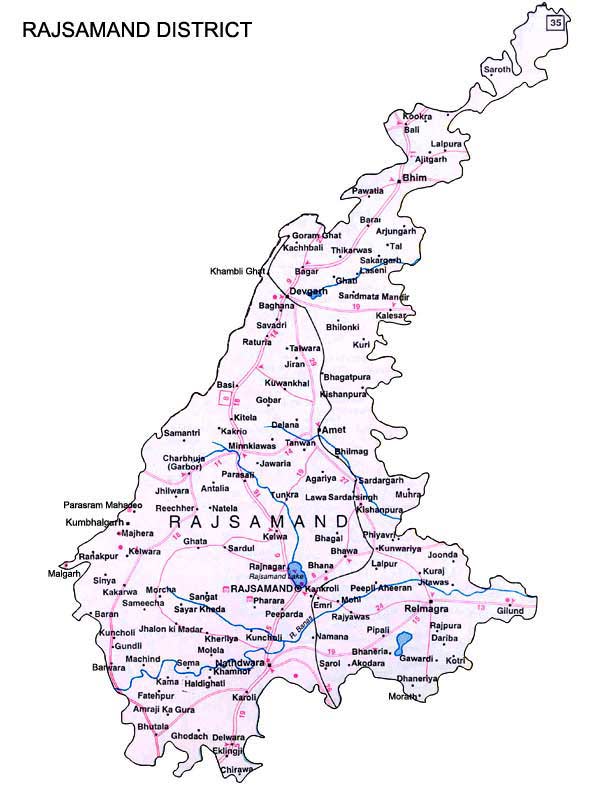