Situated amidst the wonderful Aravalli range of Hills, the Devigarh Palace Udaipur forms one of the three main passes into the valley of Udaipur. Now operating as a Heritage hotel, the DeviGarh Palace used to serve as the royal residence to the rulers of Delwara, from 18 to 20th century. Located on a hilltop, the Fort was superbly restored into a luxurious heritage hotel, after it was acquired by a businessman from the Shekhawati region. The restoration work itself took more than 15 years in completion. The DeviGarh Palace comprises of 39 luxury suites with classical interiors and best in class architectural designs. The two 12 feet high standing pillars of uncut white marble at the entrance represent the stone in its purest form.

It is one of the most luxurious hotels in Rajasthan that offers 39 unique suites designed luxuriously with luxurious marbles, semi-precious stones and much more. Hotel only offers suites each of which is themed uniquely and has a compelling architecture and vibe. These lavishly appointed suites are a perfect example of royal and modern luxury. In the Devi Garh palace of Udaipur, each Suite has its own private sun deck, Jacuzzi, and balconies with mesmerizing views.

Dining Facilities : Devigarh palace have number of options for dining like you can dine at Sheesh Mahal, Ram Room, Lounge Balcony, Lounge, and Roof Top. You can savor the innovative Asian and continental cuisine. Guests can also make use of the in-room dining facilities.The Bar at Devigarh palace offers an eclectic mix of cocktails and music, board games inlayed onto tabletops and candle lit charm.

How to Reach in Devigarh Palace in Udaipur 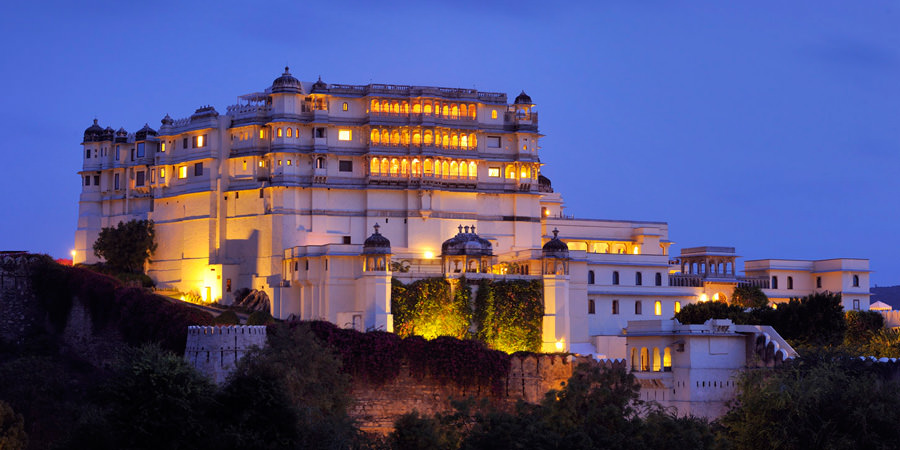