Considered as one of the most unconquerable forts of the country, Jalore Fort has a famous saying about itself- “Let the sky be torn, the earth turned upside down, let the iron armor be cut to pieces, body fighting alone, but Jalore would not surrender”. Built in traditional Hindu architecture style, the Jalore Fort is erected over a steep hill 1200 Meters high. Jalore fort was built so high that it was suitable to have a panoramic view of the whole town. Hence, the whole city was commanded from over there.

The actual construction period of Jalore fort is unknown, however, it is believed that the fort was built in between 8th-10th century. Jalore city was ruled by the Parmar Rajputs in the 10th century.

Jalore Fort is a 10th-century fort and one of the nine castles of “Maru” (Desert) that was under the Parmaras (A dynasty of Rajput Kings).

It was in 1311 when Ala ud din Khilji, Sultan of Delhi attacked and destroyed the fort.

The ruins of the fort are prime attractions of the tourists, who come here to have a sneak peek into the History of India.

How to Reach Jalore Fort in Rajasthan 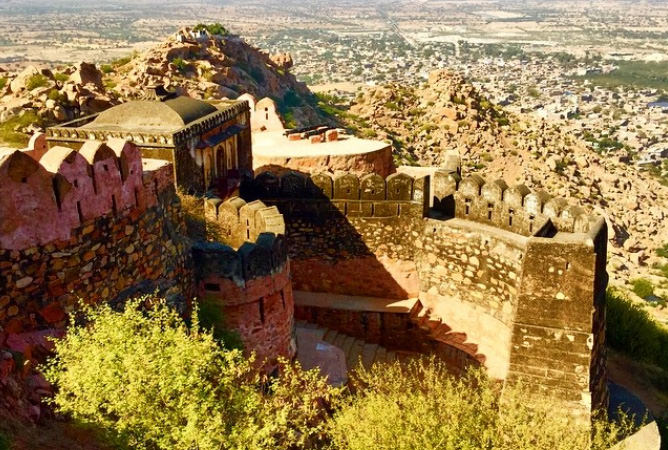