Chamunda Mata temple in Jodhpur is the temple of Chamunda Devi, Isht Devi of the royal family. It is located in the southern part of Mehrangarh Fort. Founder of Jodhpur city, Rao Jodha brought the idol of his favorite goddess Chamunda Devi from the old capital of Mandore in 1460. He installed Chamunda Devi idol in the Mehrangarh Fort and from then Chamunda becomes their diety. Worshipped and visited by many devotees in and around Jodhpur, at the time of Dussehra, Fort become full of peoples and devotees.

Located in Mehrangarh Fort Jodhpur, the temple was built by Rao Jodha at the time when he was building the fort here. The hill where he chose to build this fort was occupied by the hermit but he was removed from there, as a result, he cursed the king that his fort will have a shortage of water always.

To balance this curse by the saint he built the Chamunda Mata Temple inside the fort to protect the fort and its people. From that day Goddess Chamunda was the main deity of the Rajputs here.

By Road: Chamunda Mata Temple is located at the outskirt of Jodhpur city in Mehrangarh Fort. One can easily reach here by bus or taxi.

By Air: Chamunda Mata Temple can be reach through nearest Jodhpur Airport (6 km) which is well connected with regular domestic flights to Delhi, Mumbai. 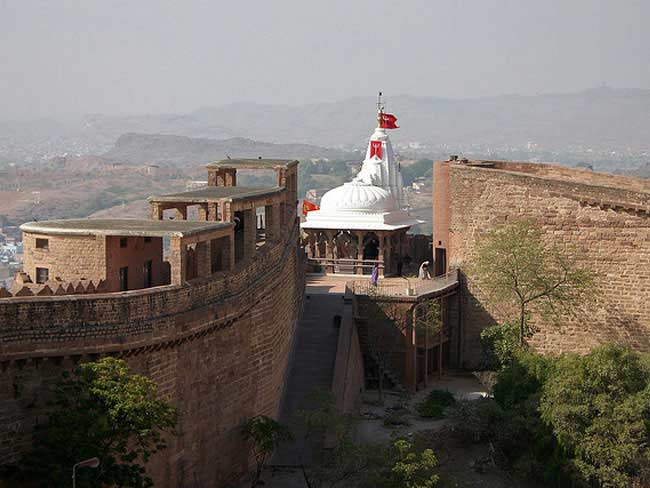