Places to See in Bundi

Bundi is a beautiful yet small city of Rajasthan and this magnificent town is located at a small distance from Kota City and comes under Kota Division. The city was ruled by the Hada Chauhans and is famous for its huge number of step wells. Bundi is a place which is also known for its forts, palaces, lakes, gardens and step wells. The city has many forts which are known for its mural paintings and Bundi can be also dedicated a city which is also famous for their festivals such as Kajali Teej.

Bundi city is actually located on a hill and is surrounded by Aravalli ranges. Besides exploring the beautiful architectures one can also explore the beautiful and rustic villages of Bundi which will present you with the natural sceneries and some very root culture of Rajasthan and mostly the houses of the city is painted in blue so you can get an impeccable view of this city which is indeed astonishing and splendid.

There are many Havelis are also there is Bundi and the main places to visit in this city is the Taragah Fort, Chaurasi Khambon ki chattri , Rani Ji Ki Baori and Sukh Mahal. But people can also go for a nice waterfall cruises and vulture cruises too.

This is an intricate museum which is located inside the Taragarh Fort and the place is famous for the dynamic and antique mural paintings. The walls of this place are also decorated with such paintings that are dated back to the medieval era.

These paintings depict the trade scenes of India that used to be with China and also showing the Chinese culture and influence presenting the cultivation of poppy seeds and opium.

The Chaurasi Khambon Ki Chhattri or the “84-Pillared Cenotaph” is a chhatri built by Maharaja of Bundi, Rao Raja Anirudh, in the year 1683 as a memorial of his adoptive brother, Deva.

The memorial is also known as “Music Maharani’s Chatri. The cenotaph is having nice carvings on it and it is having a huge Shiva Lingam on it which is decorated by the roof top known as chhatri and surrounded by 84 pillars.

This is an important step well which is also among famous places to see in Bundi and the well is known for its geometric designs and the well was built in the 16th century.

This step well is located near Rani JI ki Baori and known for its beautiful carvings. The step well was constructed to provide water to the dry places of Bundi.

This is another important tourist places in Bundi which is very famous amongst the tourists and the lake is located only 2 kilometers away from the Taragarh Fort and one can see the beautiful lotuses blooming on it.

So people who are looking for a serene and picturesque location can definitely visit this lake.

Nawal Sagar Lake is one of the major tourist attractions in Bundi, and this is an artificial lake which is surrounded by many small baoris.

There is a temple dedicated to Lord Varuna located in the central part of the lake and this lake is the main source of water for the different step wells of Bundi.

The palace has been converted in to a heritage hotel and there is having really comfortable and warm facilities but the rooms that were used by the kings has been kept as royal treasure.

This is a grand fort which is built by Maharaja Ajit Singh. The fort is having a close proximity to Ramgarh Sanctuary and is indeed a great one in terms of its carvings.

The fort is having a beautiful pond in it and one can get to see the beautiful blooming lotus in it. The fort is one of the important tourist attractions in Bundi.

Bundi is especially known for its step wells and they are the best tourist places in Bundi. These step wells are very ancient and beautiful step wells that can be seen here and among them one can see the major ones such Janana Sagar and Ganga Sagar and there are more than 50 step wells are there in the city. 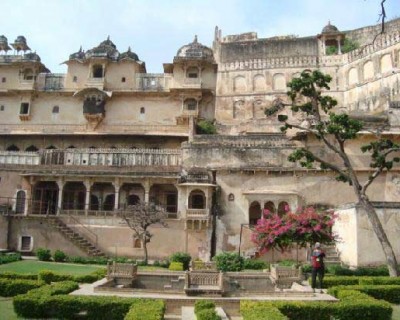 Garh Palace is a beautiful palace which is located beside the Taragarh Palace and this palace is also decorated with many beautiful paintings and murals. The palace is really beautiful and known as one of the important landmarks of Bundi and visiting here would be one of the best things to do in Bundi. 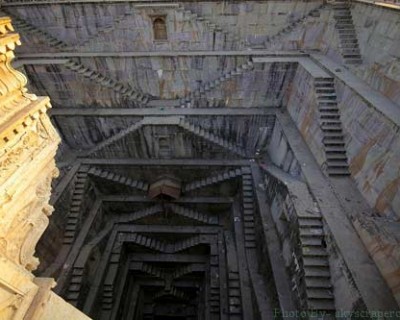 Raniji Ki Baori is one of the major step wells and among best Bundi tourist places which was built by Rani Nathavati Jiin 1699. The queen was the younger queen of the reigning King of Bundi Rao Anirudh Singh. The step well is 46 meter deep stepped well with some intricate carvings on its pillars and a high curved gate. The step well is havingmultistoried structure andbeautiful worship places built on each floor. 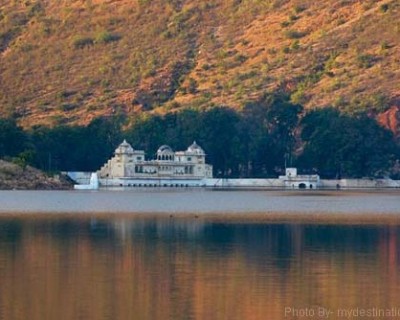 The Sukh Niwas Mahal is located in front of the Jal Mandir and considered as one of the major tourist places in Bundi. the palace is known for its brilliant water dispensing methods and the architecture of the palace is also praised amongst the tourists and the walls of the palace is decorated with the typical mural paintings. 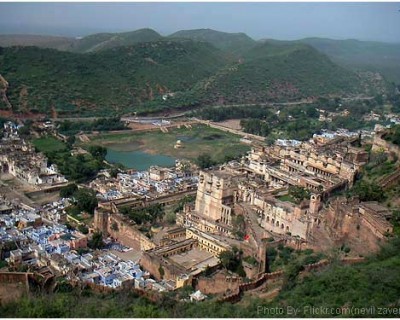 Taragarh Fort which is known as the Star Fort is the mark of Bundi’s tourism. The fort is an ancient fort by in the year 1354 on a hill. The fort is amongst the main places to visit in Bundi. There are main three gates of this fort and provides a panoramic view of the city of Bundi from the hill top and no one should miss it.