Gawari dance of Rajasthan is a tribal dance of the famous Bhil tribe. This is mainly a tribal dance drama and is beautifully expressed by its troupe having many different characters. Gawari tribal dance is a running dramatical dance which go from village to village for a month. Its is great entertainment for rural population.

Gawari dance is a long run dramatical dance of Rajasthan. This beautiful tribal dance has a troupe which travel through village to village with their dance for a month. The most important attraction about Gawari is that during that month of doing dramatical dance Gawari, the nine functionaries follows a very strict regimen.

Among the main characters of Gawari dance are Rai Buriya Shiva, his two ‘Rais’, and ‘Katkuria’, the comic handyman. Between the enactment of various episodes, the entire troupe dances around a central spot consecrated to a deity.

Apart from the different characters of the dramatical dance, Gawari is accompany with a ‘madal’ and a ‘thali’. 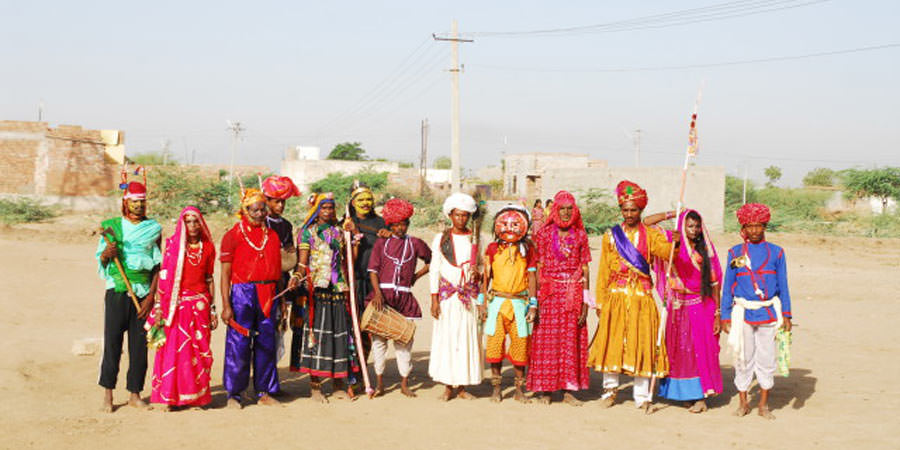