Ghoomar is a traditional as well as an enthusiastic folk dance of Rajasthan. Ghoomar or Ghumar was basically developed by the Bhil tribe and was adopted by other Rajasthani communities. The Ghoomar dance is a particularly a women's dance and performed by the women for exclusively ladies gatherings. Ghoomar dance is performed by groups of women moving in a circular fashion and in swirling robes accompanied by men and women singing together. This spectacular folk dance derived its name from ‘ghoomna’. Fascination starts when colors of the flowing ‘ghaghara’, the long skirt of the Rajasthani women flows during pirouetting. There is an amazing grace as the skirt flair slowly while the women twirl in circles, their faces covered with the help of the veil. This splendid view feels body with enthusiasm and more when one join the dance.

Ghoomar sometimes called Jhumar, can be joyfully performed by women from any age group as it has simple swaying movements. Its specialty is its special kind of footwork. There no time limit for this folk dance as it may continue for hours or the whole night.

Dancers performing Ghoomar moves in a circular direction with clockwise and anti-clockwise steps and in between performers sometimes unite their hands and even clap their hand. Synchronization of steps with the beats of the songs is important and as the tempo of the dance increases, the dancers swirl fleetly.

The popular Ghoomar Dance in Rajasthan India is known to be the characteristic dance of the Bhil tribe. The Kachhwaha Clan of Rajputs who ruled Jaipur defeated the Bhils and later acceded to a peaceful coexistence. It is, therefore, normal that the royalty would pick up some of the Bhil traditions and practices. From then it get associated with the royal ladies of Jaipur, who perform it on certain auspicious occasions.

Now it is performed on festive days in middle-class families in Udaipur, Jodhpur and Kota–Bundi areas. In Udaipur, it resembles the Garva of neighboring Gujarat and is very musical. In Jodhpur, the movement of the limbs is jerky. The Ghoomar of Kota-Bundi is very lively and impressive. The tune of the song which accompanies this dance is melodious and catchy.

Ghoomar Dance is one of the most famous folk dances of Rajasthan. Here are some of the best Ghoomar Dance Videos.

Ghoomar Dance of Rajasthan is one of the famous dance style which is known all over the India and is performed by various artists and celebrities in movies also. Deepika Padukone took over a month-and-a-half to learn this Ghoomar dance form  in order to get her footwork right for the Ghoomar number in movie Padmavati. 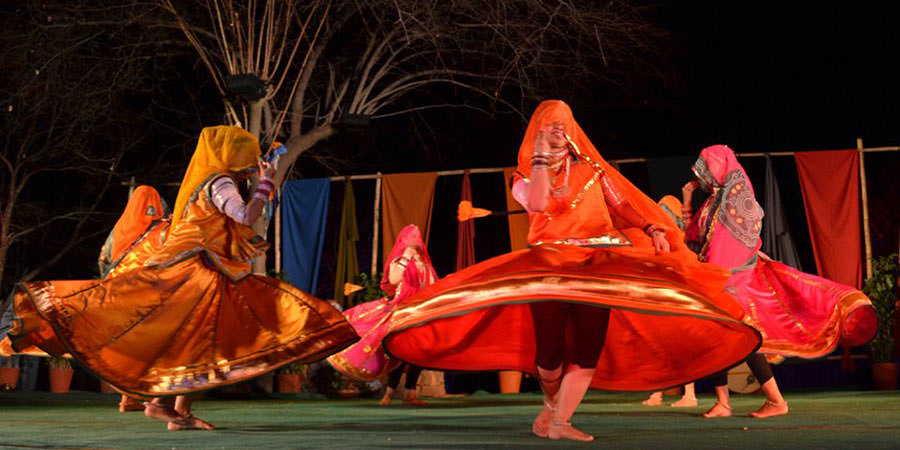 folk dance of Rajasthan and other states are the best