It is believed that the tribes of Baran and Kota district were the first who came up with this dance and slowly it became famous and moved to various parts of Rajasthan. Chakri dance is believed as same as the Raai dance of ‘Beriyas’ tribe of Madhya Pradesh. It is also found in nearby places of Chhipa Barod etc.Chakri dance involves a series of fast and vigorous spinning movements with the beats of the Dholak. Chakri dance is accompanied by traditional songs where male performer produces robust rhythm on the Dholak.

Music is an essential part of the dance that’s why the Chari Dancers are accompanied by the group of skillful traditional singers who sings as the women start the dance. Dholak and Nagara are the main instruments used in the dance. The clothes are also an important part of the dance as the name implies it looks like a circular thing is dancing. 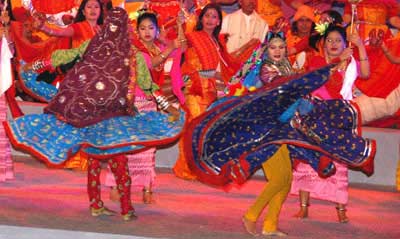 One Response to “Chakri Dance”