Best Events and Shows in Rajasthan

With its radiant and broad history, it should not shock anyone that Rajasthan has a dynamic art and culture scene, one which really does equity in catching the way India praises life. Different dance forms, styles of music, melodies and plays have developed or survived since the age of the regal courts in ancient Rajasthan. Here's a rundown of the numerous cultural shows you can treat yourself to in this unique and bright land.

Sound and Light Show is a display of incredible visual pleasure in the Amber Fort & Palace Complex in Jaipur. The Amber fort has been home to 28 kings of the Kachwaha line until the point that their capital was moved to Jaipur. The sound and light show at Amber Fort is a sublime endeavor in resuscitating the pride, history and traditions of Amber.

The show features the local legends, fables, and praises the maestros of folk music, who, right up ’til the present time, keep on giving Rajasthan its unique identity. The show has been set in an awesome area, with a splendid perspective of Amber Fort and Palace Complex in the front, the rising Jaigarh on the left, and eminent slopes behind it.

Elegantly nestled atop the craggy hills of Aravalli, the beautiful Kumbhalgarh fort plays host to one of Rajasthan’s most brilliant light and sound shows. The evenings here are brought to life with this spectacle of lights and sounds, which narrate the secret history hidden behind the stone façade of this majestic fort.

The locals here claim its wall to be the second largest in the world, after the Great Wall of China. However, the only way to validate this statement is to make your way here, ideally around 6:45 PM, and see for yourself, while enjoying the beautiful spectacle.

A real delight for those who have a ear for folk music, the Rajasthan International Folk Festival (RIFF) held in Jodhpur sees more than 250 musicians and performing artists attend the event. These artists make their way here from all over India and the world to celebrate Rajasthan’s rich musical heritage.

Treat yourself to a one-of-a-kind folk music festival that is an amalgamation of international and local folk music to produce a stellar production set against the backdrop of the majestic Mehrangarh Fort.

This annual festival was started in 2007 by the Mehrangarh Museum Trust and the Jaipur Virasat Foundation, two of India’s leading heritage trusts, collectively called the TRIFF Society.

The society has taken up this initiative in a bid to promote the tradition folk music and art form and they accomplish this task with great aplomb by arranging an assortment of events like a jazz night, a Rajasthani night, gypsy dance performances, traditional dance forms and even early morning ragas.

What’s more, this event is planned to coincide with Sharad Purnima, a harvest festival celebrated on the full moon day in the lunar calendar.

MTV’s Coke Studio is known for its brilliant live studio recorded performances by music legends. On 17th October 2015, Coke Studio, held at Jaipur in the backdrop of a magnificently illuminated Albert Hall enthralled people with a spectacular line-up of musical talents such as Amit Trivedi, Ram Sampath and Sona Mohapatra. It was attended by over 10,000 people.

Known as the original fashion capital of the country, Jaipur hosts the Rajasthan Fashion Week where many Indian and international designers showcase their immaculate creations.

With a motto of ‘a flash of colour with a dash of glamour’, the Rajasthan Fashion Week has established itself as a strong brand across the fashion industry since its inception in 2012. Promotion of Khadi, Kota Doria and other textiles is one of the highlights of this event.

Music in the Park

Music in the Park is an exclusive event held every second Saturday of the month at Jaipur’s Central Park for all the music lovers of the city.

The event features performances by stalwarts from the field of classical and semi-classical music such as Pandit Hari Prasad Chaurasia, Ustad Amjad Ali Khan, Ustad Zakir Hussain and Smt Shubha Mudgal to name a few.

Kathak Performance (Every full moon day of the month)

Kathak, one of the eight Indian folk dance forms was embraced by Rajasthan as the popular Jaipur Gharana of Kathak. This luminous narrative dance form is showcased as a part of night tourism on every full moon night in Rajasthan.

Men and women clad in traditional kathak outfits – authentic Mughal dresses for the men and lehenga – choli for the women – display their rhythmic patterns and controlled foot work. The beautiful movements and the eclectic sound of ghungroos promise a mesmerizing evening to all the spectators.

The Palace of Winds, home to the most appealing exhibition known as the Winds Of Music Show, is a must for every visitor. Basically a theatre show, it is a fabulous mix of history, stories, music, dance and embellishments. The perfectly clear acoustics and the depiction of each subtlety of Rajasthani culture is the feature of each act.

Traditional acrobats, young fellows and ladies performing incredible tricks, ghoomar, fire dance and the Kalbeliya tribe displaying their moves are a portion of the performances that one gets the opportunity to experience with the Hawa Mahal Music Show.

The stage additionally graced by well-known artists, for example, the Gulabo troupe, Paveen Mirza, Desert Music, Kailash Rana, and so on to additionally advance the rich, thriving and very much appreciated culture of Rajasthan.

The Rajasthan Tourism and State Forest Departments meet up every year to organize a three-day Bird Fair at the grand banks of Lake Pichola in Udaipur.

The lakes and wetlands of Udaipur are home to a huge array of bird species that welcome environment enthusiasts and vacationers to explore more than 200 bird species. This advantages eco-tourism and advances an open door for avid bird watchers. One can spot different local transient species up and down the year.

However amid the winter season numerous migratory fowls hailing from the Himalayas, Central Asia and Europe comes to Udaipur. The Bird Fair is an endeavor to make Udaipur as the all inclusive eminent ‘Bird Watching Centre’. 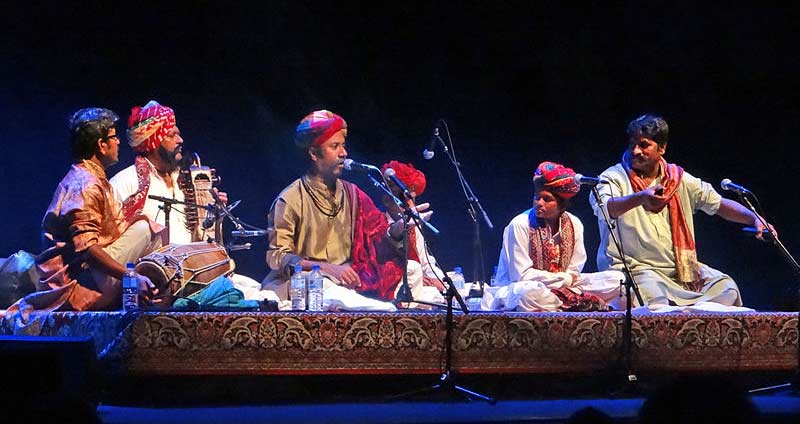 events and shows in Rajasthan