Udaipur District is one of the districts of Rajasthan in western India. Udaipur city is the district headquarters. Maharana Udai Singh II founded Udaipur in the year 1559 and was named after the founder.Udaipur is popularly known as the 'Lake city of India'. Udaipur district comprises of 7 sub- divisions which are further sub divided into 11 Tehsils namely- Girwa, Gogunda, Kherwada, Rishabhdev, Mavli, Vallabhnagar, Kotda, Jhadol Lasadia Salumber and sarada.

Udaipur has quite hot and dry climate during summers and quiet cold during winters. Temperature in Udaipur district ranges from 39 °C to 11°C.

The Udaipur railway station is well connected with all the other cities of Rajasthan as well as different other destinations of the nation. Maharana Pratap Airport or Dabok Airport of Udaipur is just 23 kms away from the district head quarter, Udaipur. Regular government and private buses are available to other major cities. 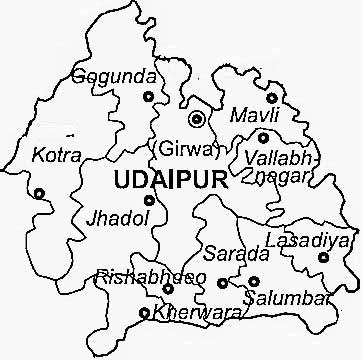 One Response to “Udaipur District”

May I please get the official mail-id of District Collector Of Udaipur?