Tonk District is a district of the state of Rajasthan in western India. Tonk town is the district headquarter. Tonk is a town, situated on the banks of the River Banas. Tonk was once a princely state and had been ruled by various dynasties until the time of Indian independence. Tonk is one of the well developed districts of Rajasthan. Nawabi Nagari 'Tonk' is famous not only in Rajasthan but also all over India for its historical Importance.

The Tonk district is situated near the right bank of river banas, Just 60 miles by road south from jaipur. Tonk was also the capital of the eponymous princely state of British India from 1817 to 1947. 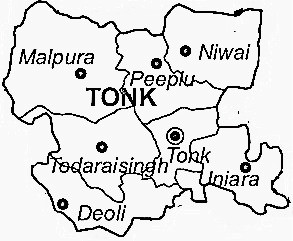 One Response to “Tonk District”