Hanumangarh climate is semi-dry, extremely hot during the summer and extremely cold during winter. The maximum average temperature remains 18° to 48° and minimum average is 2° to 28° celcius.

Nearest airport is at Chandigarh which is at 322 km or Delhi which is at 359 km. Hanumangarh Jn. is well connected to other major railway station like Ganganagar, Bhatinda, Bikaner, Jodhpur and Jaipur. Government and private buses are available to major cities of Rajasthan. 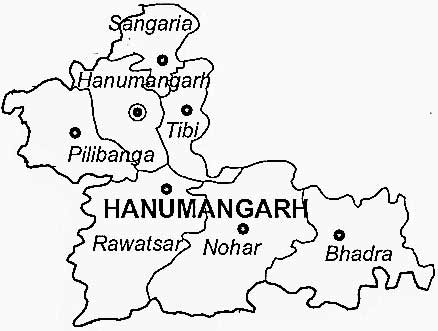