Jodhpur is a district of the state of Rajasthan in western India with the city of Jodhpur as its the administrative headquarters. Formerly a princely state, Jodhpur is located in the Marwar region and is a well-known tourist destination and major commercial zone.Jodhpur city is famous for its rich history. It is also referred as the Blue City and "Sun City". It is also the second largest city in the Rajasthan.

Jodhpur district is located in West Rajasthan, with Jaisalmer and Bikaner on the North, Pali and Barmer to its South, Nagaur to its East and Jaisalmer manning its Western borders.

Jodhpur is well connected to all major cities in India by rail as Jodhpur Jn. is an important one for North Western railway zone . Rajasthan Road Transport Corporation provides government and private bus services to all cities in Rajasthan from Jodhpur.
Jodhpur airport is connected to Jaipur, Delhi, Udaipur and Mumbai by daily regular flights. 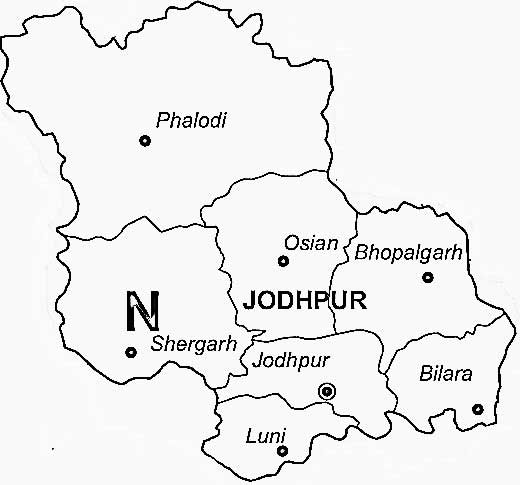