Harshnath Temple is another temple of Rajasthan dedicated to Lord Shiva and it is located in the Sikar district of Rajasthan. This Shiva temple was constructed during the 10th century or around 973 AD, and this was proved according to an inscription dated on the walls of the temple. This temple is built on the Aravalli Hills and was believed to be built by an ascetic of Lord Shiva named Bhavarakta. The temple is in ruins at present and there are many shrines and temples are surrounded by the main temple. It is also said that the temple was constructed during the reign of Chahamana King named Vigraharaja.

Despite its decrepit state, the main temple is known for the extra-ordinary constructions and beautiful carvings on its pillars.  The temple is made according to the Hindu temple architecture as that is why it is facing the east which is considered as the auspicious direction as sunrises from the direction and the plan of the construction is made on the plan of Pancha Ratha or the (Five Chariots) temple, joined to a central mandapa which is named as the ranga mandapa and there are four central pillars which are joined together in adjacent positions.

The structure of the internal arena is made with kakshasana railings which are headed by a separate place of the Nandi or the Bull which is known as the carriage of Lord Shiva-Nandi mandapa is made in the same alignment.

The pillars are abundantly and beautifully carved whereas the inside temples sculptured with a central image of standing Parvati on the western side engaged in panchagnitapa or the bath of fire with her female attendants and the image displays by a beautiful and convincing poetic manner.

The temple provides an excellent view of the surrounding area and that is why the people who visit this place can climb the beautiful Aravalli and can enjoy the views. It is believed that the temple is more than 200 years old and the original temple was destroyed in 1679 AD by Mughal Emperor Aurangzeb. 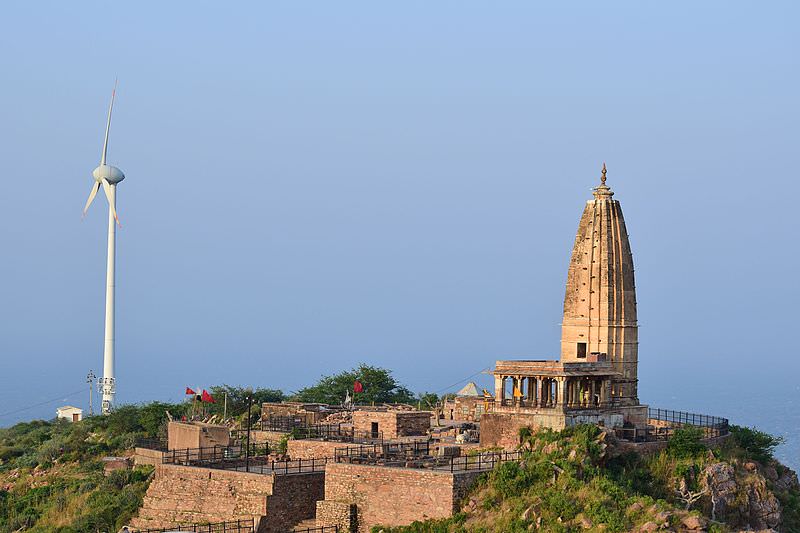